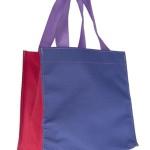 Six municipalities in Berks County are gearing up to share the recycling grants given by the state, in order to develop the present recycling systems in their regions. Berks County falls under the state of Pennsylvania, and the Pennsylvania state authorities are giving the county officials one million dollars to improve their existing recycling programs.

Grants for the Municipalities in Berks County

According to Krancer, the Department of Environment Protection is always willing to invest in activities that promote eco-friendly behavior among the people. All the counties and municipalities that are a part of this grant program will be allowed to claim 90 percent of the costs incurred in the  approved recycling program. In addition to this, the regions that have been identified as Financial Distressed Communities will be allowed to make 100 percent claims.

Berks County Promote Eco-Friendly Bags Among the Municipalities and Communities

The grants that are being issued by the department will be used to better the recycling processing units, to develop compost operating units, to improve the recycling vehicles, and to formulate web-based programs to monitor activities related to recycling. Some regions are also going to use these grants to develop educational materials so as to encourage recycling among the residents.