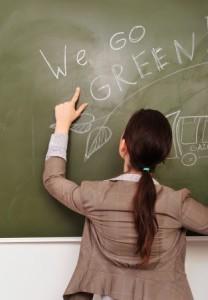 In an effort to increase the awareness in society about the importance of acting towards saving the environment, the Target Recycling at School program of Dalton-Whitefield Solid Waste Authority hosted the 2013 America Recycles Day Billboard Design Contest. The winning design was declared mid-November.

Details of the Billboard Design Contest

November 15th was the America Recycles Day. This is the only day that is given national recognition as a dedication to promoting recycling programs all over the United States. To increase awareness, popularity and celebrate this day, the Dalton-Whitefield Solid Waste Authority and Keep Dalton-Whitefield Beautiful sponsored this year's Annual America Recycles Day Contest. The contest was open to public and private middle schools located in the Whitefield County that have been participating in the Target Recycling at School program. The contest was for sixth, seventh and eighth graders and required no entry fee.

The themes of the billboards that were to be designed by the children was provided in the contest details issued to each school. The three themes of 2013 were “Let's target recycling together”, “I recycle. Do you?” and “Recycle, it's the natural thing to do”. The contest made it clear to participants that artwork would need to suit a billboard's design. Computer aided or group designs were not allowed. The submitted artwork would be judged with regard to five criteria: Clarity of the message conveyed through the artwork and text; addressing one of the three themes; originality, creativity and artistic quality; visual clarity suited for a billboard; and how bright/colorful the design was.

Each grade would have a 1st, 2nd and 3rd place winner who would each receive a certificate and gift bag of recycled products. An overall winner was also to be announced. The overall winner for 2013 was Larissa Hernandez of the 7th Grade from Dalton Middle School.

Getting Creative with Reusable Items at the Billboard Design Contest

Contests such as these are a great way to catch the attention of children while simultaneously increasing their enthusiasm towards making the environment clear. Both the contest and the prize of reusable products are a great way to promote a green sense. Working on such a contest drives the importance of recycling into children at a very early age. After exposure to such informative and eye-opening contests, children are more likely to make use of reusable items such as paper and wholesale reusable bags over items that can cause damage to the environment.