Boost Your Energy with Some Organic Coffee

Boost Your Energy with Some Organic Coffee 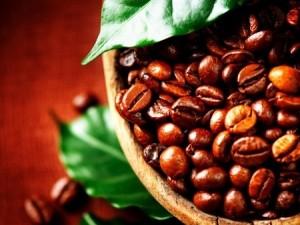 Did you know that caffeine is the most extensively used mood-altering agent in the whole world? Almost half the people in the country drink coffee, as it contains caffeine that helps fight depression. However, it is not just used as a pain-killer or anti-depressant. It can actually partially cure chronic headache that can refuse to budge with the best of prescribed medication.

The Idea of Organic Coffee

Meet Joe Meinhardt, a permanent resident of Seattle who used to be involved in developing his own chai when he bumped into Josh Parker owner of Coffee In Motion, a chain of organic coffee shops spread out across Salem. Meinhardt used to make tea for Parker's company, and Parker got a brainwave one day and asked him if he could experiment and make some coffee syrup.

Though Meinhardt knew the coffee industry rather well, he was a bit confused about this. At this time, several years of experience working in project development with coffee roasters like Coffee Bean International and Bridgetown Coffee came in handy. In order to create a regular income, Meinhardt made afterburners and espresso machines that were powered by gas, for coffee roasters in the area.

Trying to make coffee syrup was something new and challenging for him. Though it proved to be an unusually tough learning curve, persistence paid, and Parker fell in love with the product. Syrup, was not only about mixing the right proportions of sugar, water and flavor, but a lot more.

Meinhardt spent the next 10 years browsing through the Internet, looking for discarded and equipment that could be salvaged at throwaway prices. With the gear that he ultimately found, Meinhardt was able to build filling and labeling machines that carried his own brand. Today, he has his own small factory that produces well researched organic coffee syrup that is sold as Joe's Syrup. The product has been certified as “organic” by the state certification authorities, and is being sold through distributors.

With a lot of people hankering after the label “organic” without even knowing what the term actually means, people like Joe Meinhardt are doing a great service to the society and the planet as a whole. In order to get “organic” certification the fertilizer used to grow the coffee has to be 100 percent organic, with no toxic chemical substances. United States Department of Agriculture (USDA) go all the way to the farms growing organic coffee in order to test and certify them as organic as per national standards.

Such initiatives go a long way in supporting and promoting eco-friendly promotional items, more of which are needed today. If only all the agricultural produce in the world were to be grown under such strict conditions, many allergies and diseases caused by toxic chemical substances could be kept at bay.