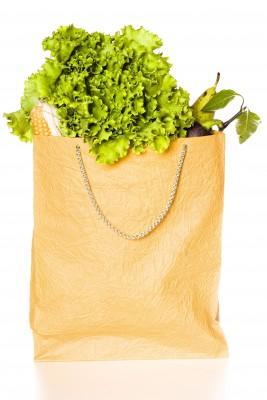 The city of Boulder in Colorado, USA, is planning to hold an open house soon on one of the weekday's evenings in order to get the residents' opinion regarding the proposed few on disposable bags. According to a recent proposal the council members have been looking into, shoppers will be charged a fee of twenty cents for each disposable grocery bags that they are provided with at all the retail stores.

Fee Applies to Both, Plastic and Paper Bags in Boulder

The fee mentioned in the proposal is going to be imposed for both, plastic and paper covers and bags, which ate offered at grocery and convenience stores. Out of the twenty cents fee, merchants are supposed to return at least four cents in order to cover administrative expenses, remaining money collected from customers for these single-use disposable bags will be given to the city, and will be used to raise awareness about the harmful effects of using disposable shopping bags.

Apart from imposing a fee on each bag, the city officials hope this will help in encouraging the residents to utilize the free wholesale reusable bags given out to most of the residents, especially the people with fixed or low incomes. If the residents vote in favor of the proposal then the city will surely see a decrease in the levels of garbage generated.

Most of the residents of the city are already in favor of the proposal, especially the student activists from Fair view High School. Students from Net Zero Club, which is the environmental activism club of the school, have demanded the city officials to impose a citywide ban on all plastic disposable bags, along with the proposal. Bout other environmental lawyers argue back saying that the ban will only make people to shift to paper bags, which is known to leave a large carbon footprint.

Opposition advocates suggest that the fee on booth these bags will ensure that people will shift to using reusable totes and recyclable paper bags. The City Council members plan to discuss the proposal for the fee in bags, at its October 16th meeting. Also, the city is accepting the feedback of residents on its website as well, until 22nd September, till about 5pm. The open house held will also see the discussion of the issue in detail with the public at the West Boulder Senior Center.