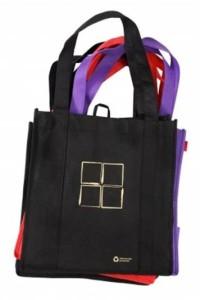 Increasingly more cities across the world are making rules in favor of eco-friendly shopping bags while putting a ban on single use plastic bags. The latest city to join this bandwagon is Brentwood. The city council asked the staff to research on ways to reduce the use of plastic bags.

A majority in the Brentwood Council wanted a research on ways to reduce the use of plastic bags in the city and suggestions on alternatives to plastic bags to be used by retailers and grocers. The likely ordinance was overwhelmingly supported by the city elders who were of the opinion that single use plastic bags increased the trash in city streets.

Bob Taylor, Brentwood Mayor, is aware that increasingly more cities are banning plastic bags. He stated this fact before introducing the discussion. The big grocery stores have already begun this exercise and people now bring their own bags to grocery stores. Their number is not yet known. The list of Contra Costa cities that have applied a ban on the use of plastic bags include El Cerrito, Pittsburg, and Richmond.

However, there was resistance against the proposal from some of the council members including Erick Stonebarger, and Joel Bryant, Vice Mayor. They thought the time was not right for the ban at this moment. According to them, the ban could entail a waste of resources with limited number of staff especially at this time when the city is busy.

Most of the experts are of the opinion that eco-friendly shopping bags can help reduce the pollution and trash created by plastic bags. Since 2007, the ban has gone apace gaining momentum in recent years. The Brentwood city council not wanting to be left behind is considering the proposal seriously. Gene Clare and Steve Barr, council members strongly supported the proposal to initiate an intensive research on a potential ban.

There are several advantages of using eco-friendly bags. They are reusable. So, they won't create trash and clutter. In addition, such bags can be easily decomposed which means they won't remain in landfills unabsorbed adding to the pollution.