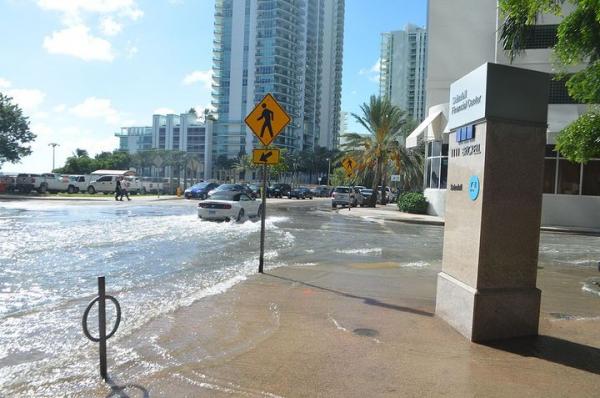 For the most part, people aren't strangers to the notion of rising sea levels but the California government council has been looking at the latest data and warning that the effects of climate change could cause ocean waters to rise far higher and faster than previously predicted – increasing by as much as 10 feet by 2100.

With the nation's largest ocean economy, California's coastline stretches 1,100 miles, which means rising sea-levels could affect as many as 42,000 homes, according to the report. These climate projections are dependent mostly on the path of greenhouse gas emissions.

But California isn't the only U.S. coastal state that could go under water. Florida faces a similar threat, if not worse, particularly for Miami, Mayport, Fernandina Beach, and Daytona Beach residents. NOAA scientists predict sea levels could be up to 17 inches higher by 2030. By 2070, mid-range estimates come in at anywhere from 8 inches to 5.5 feet higher than today.

Another study by Nature Climate Change warned that 2.5 million Miami residents could be driven from their homes by the end of the century.

Only if greenhouse gas emissions are significantly reduced – levels in parts of California, particularly in the San Francisco Bay area could be slowed, however, sea levels would still increase up to 2.4 feet, the report warns. This might not sound like much but even this small increase could be devasting to the economy.

With President Donald Trump calling climate change a "hoax," and Environmental Protection Agency chief Scott Pruitt offering little to no support on the matter, it's unlikely that the U.S. will be able to curb fossil fuel use and emissions and prevent parts of the country from going under water. Nevertheless, this report can serve to better prepare U.S. coastal communities for climate change and what's to come.