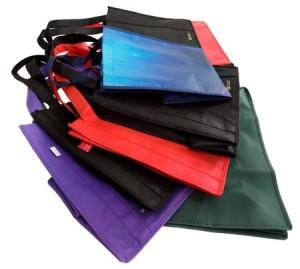 Custom made shopping bags are coming to the forefront of the fight against single use plastic bags. While still widely used in almost every part of the globe, California has become the largest city in the United States to begin a large scale phase out of the bags. Although this move is met with some opposition - especially from the lobbyists and inconvenienced shoppers - the ban is widely considered to be a step in the right direction.

How Are the Custom Made Shopping Bags Going?

The reaction to the ban on single use plastic bags will depend largely on individual preferences. However, a majority definitely sees the ban as a good move to encourage re-usability and recycling to sustain the environment. Single use plastic bags are known to cause a number of issues. Recent studies have shown that more than four million metric tons of garbage are attributed to by plastic bans alone. After collection of these bags, there are additional costs to have them shipped off to landfill areas to dispose them.

While custom made shopping bags are still picking up demand, they are definitely doing a good job of bridging the gap between the old ways and the new. Most shoppers appreciate the fact that stores are becoming more environmentally friendly.

There are a few disgruntled voices, however. The one off shopper inconvenienced by the bags on a rainy day or the plastic bag manufacturing industry. Sources claim that when the plastic bag ban kicks in, there will be a loss of about 2,000 jobs across the state.

Why Custom Made Shopping Bags?

Custom made shopping bags are more than just a symbol for a change in the attitude of the people, looking for a more eco-friendly world. They are easier to recycle, and while single use paper bags can still take thousands of years to bio-degrade, the custom made shopping bag variants will take just a few. Further, the fact that paper bags are charged, the focus is primarily on making sure that people start to get more conscious of taking their linen bags along when they go shopping. There is, however, a concern about how one would offset the loss of jobs, but serious discussions are going on to handle the same.