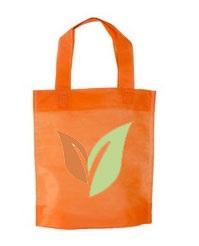 Chicago has inched forward another step in banning plastic bags and promoting the use of custom tote bags. The proposed ban, if passed by the council, may come into effect in August 2015. The ban will apply to large franchise stores as well as chain stores in Chicago.

Alderman George Cardenas, 12th ward, committee chairman commented that banning plastic bags would not result in people losing their jobs. He has received assurance from officials in Los Angeles that the implementation of the ban would not rack up costs as claimed earlier. He also said that the city faces a loss of millions of dollars every year to clean up the litter caused by plastic bags. With a ban on plastic bags, the city will save a lot of money in terms of clean-up procedures, and will also have a smaller carbon footprint on the environment.

Mayor Rahm Emanuel also endorses this ban, as it will only lead to improvement of the environment. The ban against plastic bags has already won a vote of approval from the Health and Environment Protection Committee. It will now be put forth in the City Council in the next council meeting.

Once the ban gets implemented, franchise and chain stores will have to stop giving out plastic bags. However, this ban will not be applicable on independent stores and restaurants.

Stores will be allowed to hand out recyclable bags, paper bags and decomposable plastic bags. Customers can opt to pay a few extra bucks for bags at the stores or use their own custom tote bags. It is being hoped that asking customers to spend extra money on bags might encourage them to use their own recyclable ones.

Custom tote bags allow consumers to save money at the cashier. It also reduces the damage done to the environment by plastic bags. Plastic takes a long time to decompose completely. Not only that, but it causes problems during litter clean-up due to improper disposal. It pollutes rivers as well as creeks and ruins the city's urban look.

With custom tote bags, customers can carry around reusable bags with them while shopping. These bags are generally bigger in size compared to plastic bags, and can store more items. In fact, a reusable bag can replace up to 500 plastic bags.