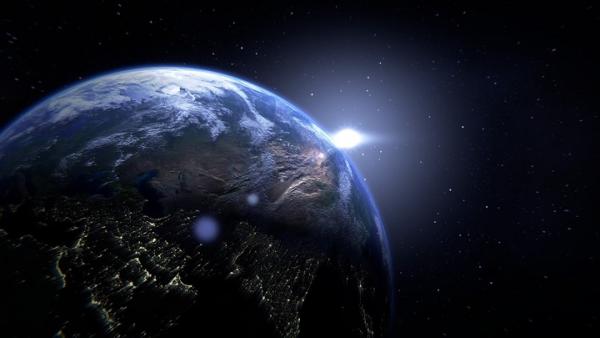 In years to come, people will look back on September 2016 as a major milestone for climate change. This is the month and year at which carbon dioxide officially passed the symbolic 400 ppm mark – never to return below it in our lifetimes, according to scientists.

September is usually the time when atmospheric carbon dioxide is at its lowest. And even though the Mauna Loa Observatory says fall has already begun taking its natural due course – with plants shedding their leaves, decomposing, and releasing the stored carbon dioxide back into the atmosphere – levels have still remained above 400 ppm.

When you look at the increase in carbon pollution throughout history, crossing this threshold appears inevitable – particularly since the industrial revolution when humans began altering the earth's natural process by adding more carbon dioxide to the atmosphere than plants can take up.

But regardless of inevitability, this climate change benchmark is still highly significant. “Brief excursions toward lower values are still possible, but it already seems safe to conclude that we won't be seeing a monthly value below 400 ppm this year – or ever again for the indefinite future,” wrote scientist, Ralph Keeling, from the Scripps Institution of Oceanography.

Even if we tried to reverse the effects and stopped emitting carbon dioxide tomorrow, what has been put in the atmosphere will linger for years to come.

In addition to entering our new 400 ppm world, this year has also been labelled the hottest year on record with August being the hottest month of 2016. Here's a look at NASA Earth Observatory's visual of the warmest August in 136 years.

One of the main goals of the Paris Agreement is to hold the increase in the global average temperature to well below 2°C above pre-industrial levels and pursuing efforts to limit the temperature increase to 1.5°C. But Climate Central's data suggests that earth is already sitting close to the 1.5°C (2.7°F) warming threshold.

Let's just hope world leaders will take actions to reduce emissions at the rate needed in order to avoid 2°C (3.6°F) of warming. Yet, regardless of how fast they act, there are bound to be repercussions around the world, from more extreme heat waves to droughts, coastal flooding and the extinction of many coral reefs.