Please No, Not the Wine! Climate Change Takes Its Toll on the Wine Industry

Please No, Not the Wine! Climate Change Takes Its Toll on the Wine Industry 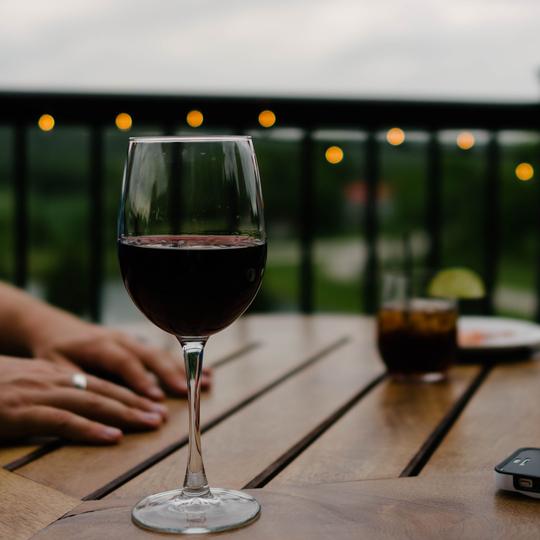 For some, climate change doesn't feel real unless it impacts them directly or hits close to home. If you don't live in an area that's feeling the brunt of rising sea levels, natural disasters, and rising temperatures, you might be wondering what all of the fuss is about. But if there's one thing most of us can relate to, it's wine.

A new Global Wine Index outlines the most at-risk wine regions based on major climate change factors such as natural disasters and rising temperatures. The index was created by a multidisciplinary European-Australian team of researchers led by Dr. James Daniell of Karlsruhe Institute of Technology (KIT) who presented their global risk index map for wine regions at the 2017 Annual Conference of the European Geosciences Union (EGU) in Vienna.

The research team analyzed 110,000 wineries in 131 countries that produce a combined total of 26 billion liters of wine a year.

The results from their study reveal Mendoza and San Juan in Argentina, to be the wine regions with the highest risk due to extreme weather events, followed by Southern Cahul in Moldova (#3), Northwest Slovenia (#4), and Yaruqui in Ecuador and Nagano in Japan (#5). 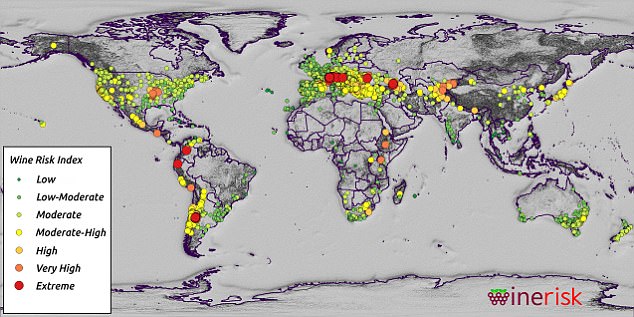 Winerisk Map showing a global risk index for wine regions. The wine regions of Mendoza and San Juan in Argentina are exposed to the highest risks worldwide

"We see that Mendoza in Argentina, which has earthquakes, hail, floods, the whole gamut of natural hazards... is number one," said Dr. James Daniell.

If you zone in on the largest wine producers such as Italy, which contributes 4.9 billion liters annually, you'll see it too is experiencing extreme weather as a result of climate change, factors including hail, frost, and earthquakes. In France, it's predominantly frost, hail, and storms. And in Spain, it's hail, frost, and rising temperatures. As for American wine, it's not hard to guess. Most of the nation's wine comes from California and its biggest threat is earthquakes.

Even if you aren't a wine drinker, the industry contributes a whopping $300 billion to the world economy every year.

Researchers hope this data will help wineries around the world adjust their grape varieties to combat climate change and improve their technologies that will reduce grape damage from extreme weather.

The underlying message, however, isn't directed to just wineries but to all of us. So, let's not wait until the effects of climate change come knocking at our door or until it's too late. Now is the time to make daily changes in our lives that will reduce the impact of climate change and most importantly, save the wine.