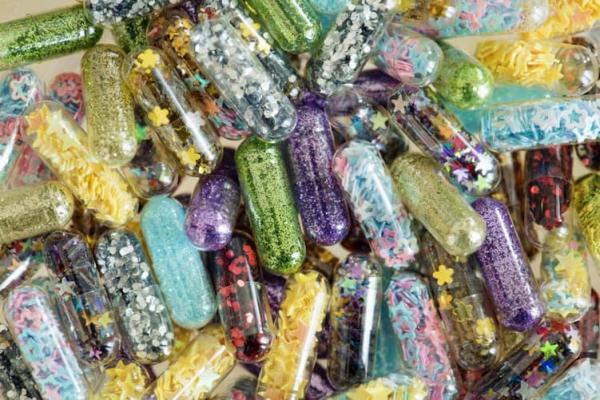 Here at Custom Earth Promos we've talked about everything from New Year's Resolutions, to how to have a greener Halloween, reusable grocery bags, trash stuffed oceans, our rapidly dying planet, but this is by far the strangest way to help save the environment we have ever come across: Not doing cocaine!

The plant based world can be quite a "holier-than-thou" place It's full of people who believe that they are doing more for the environment than everyone else. They may be annoying, but they are generally correct. These people are doing more to reduce CO2 emissions than most people.

Oftentimes, you also come across vegan who don't drink or hardly drink, whether for health reasons, ethical reasons, or both. (A lot of alcohol isn't vegan.) But while they may pass on the steak and red wine, plenty of vegans still do coke!

(Please visit this webpage to learn the drug's history and see some recent statistics.)

This is one thing, although quite a strange one, that is holding them back from living in a cruelty-free utopia.

Plenty of environmentalists have given up meat and dairy, yet spend their weekends "snorting." You may think that if you've cut out meat, cheese, and booze, you may need to "hit the slopes" to have a good time at a party, but cocaine is one of the least environmentally friendly things you can be doing!

Make sure that when you party you stay hydrated. Keep track of both your hydration and your drink with a Custom Earth Promos reusable water bottle.

Anyone who cares about the environment, vegan or not, should put down their rolled up dollar bill immediately.

Aside from the addiction and life altering psychological and health effects it can produce, it is ripping apart our rainforests!

Coca farming has been linked to increasing deforestation in Columbia. This pushes many animals, among them harpy eagles and golden poison frogs, to extinction. Plus, these aren't the only environmental effects.

To aid growth, farmers are using banned pesticides. The first stage of production involves chopping the cocoa leaves and dusting them with lime salt before adding kerosine or diesel fuel and giving it a good stir. Then it's heated, stirred, and mixed with sulphuric acid and caustic soda.

Once the key elements are siphoned off, the leftovers of this extremely dangerous mixture is dumped into the ground or surrounding river systems. This aids in further devastation to the local environment.

"People hardly want to be reminded of the devastating environmental impact their choices are having while they're trying to have fun. I'd never remind someone about to bite into a beef burger that getting that burger here has harmed the environment. All you'd do in those kinds of cases is offend and anger people. And in my case, I'd probably never be invited back to any parties if I started banging on about how bad coke is."

This seems odd. Usually vegans are quite vocal when calling out environmental damage.

It is easy to see cows in a field and congratulate yourself for not eating beef and cheese or drinking animal milk, but the intentions of veganism should be to live as ethically as possible.

It may be hard to associate a line at a party with the slaughter of millions of exotic creatures and wiping out natural resources. This may be because it's hard to think past caged animals and the dairy industry as local vegans. These are more immediate concerns, much closer to home.

However, consumption of this dangerous drug is slowly pushing many exotic species, some of which aren't found in any other environment in the world, to extinction by destroying their homes and polluting their water sources. Colombian rainforests boast around 427 mammals, 1,300 birds, and more than 400 amphibians.

One drug user is literally funding the killing of multiple beautiful, exotic animals and habitats—whether they realize it or not.

"That's really upsetting. It's just another horrifying story about how humans exploit this earth and its inhabitants for our own selfish gain. As a vegan who cares about the environment as well as animals I already try to avoid buying products such as palm oil and certain brands like Velvet toilet paper. I will certainly be extending this to my drug consumption. But I might keep the reasons to myself at parties."

Fair enough. Nobody likes being preached to on a night out.

If you want to call yourself an environmentalist, an animal lover, a vegan, then this may be a deciding factor in stopping a dangerous habit.

Track your habits in an eco-friendly notebook.