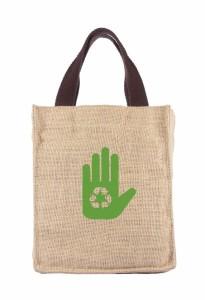 In order to ban plastic bags all over California, Marc Levine, an assemblyman has introduced a legislation in the legislative house of the state. Currently, many cities and counties in California have already banned the usage of such bags within their premises. However, Levine is hoping that the entire state will have a common law on this matter.

A similar bill was proposed by Julia Brownley, earlier in 2011. This bill was called the Assembly Bill 298. It was not approved by the legislative house because it faced a lot of opposition from the manufacturers of plastic bags and various store owners. This year, Levine has reworked this bill and introduced it in the legislative house again.

According to Levine, if the residents continue to use plastic bags, they would be ignoring the impact that they have on the environment. He stated that there is significant evidence to prove that plastic bags harm the environment, especially the marine eco-cultures, which is the primary reason as to why they should be banned in California.

Levine adds that the residents have many reasonable alternatives to using plastic bags. It will be easy for them to switch to reusable bags or custom printed recycled bags. Reusable bags are easier to recycle and would save the residents time in recycling paper bags.

Experts Against the Use of Custom Printed Recycled Bags

Even though Levine is stressing on the positive impacts that this legislation will have in the state of California, plastic bag manufacturers and a group of retailers are staunchly against it. According to experts, the marine ecosystem in the region is being adversely affected by the litter production in the region, and not particularly plastic bags. Therefore, banning plastic bags will not solve this problem.

In addition to this, many reports have suggested that reusable bags can be prone to bacterial infection, which may cause foodborne diseases to their users. Keeping in mind the fact that these bags can have derogatory effects on the health of the residents, experts feel that the government should not make their usage compulsory. Instead, experts propose that the government should develop better recycling units, and try to fix the existing problems.

Furthermore, according to the organization, Californians Against Waste, around 16 percent of the state has a ban on the usage of plastic bags. If a few more regions come under this policy, the problem of plastic waste will be solved in the state. So there is no requirement for a state wide ban.