The Residents' Response to Custom Reusable Shopping Bag in Corvallis

The Residents' Response to Custom Reusable Shopping Bag in Corvallis 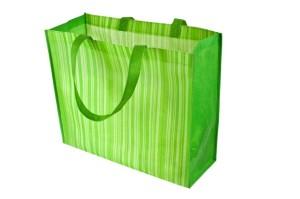 The ban on plastic bags came into effect in Corvallis a month back. Since the implementation of the ban, the residents have been making efforts to try and adapt to reusable bags. A custom reusable shopping bag helps the residents save up on money. Ever since the ban has been implemented, the retailers have complained that they have spent a lot of money to reward the reusable bag shoppers. Therefore, the introduction of reusable bags has received a mixed response in the region of Corvallis.

The Concerns of the Retailers in Corvallis

Many retailers within the city of Corvallis have voiced their concerns with regard to the ban. According to one of the local retailers, Susan McMahon, the fact that retailers have to charge the customers an additional 5 cents for a paper bag has cost her approximately $5,000. McMahon has a lingerie store named Donna Bella in Corvallis for over seven years now.  McMahon stated that she has been using glossy black paper bags for her store for a long period of time, and these bags endorse her brand. According to her, the customers of the store use these bags repeatedly; however, with the new bag policy in place, she will have to charge her customers for using these bags.

In addition to this, the bags that McMahon's store uses do not comply with the three conditions that have been mentioned in the ordinance. According to the ordinance, the paper bags that the stores use need to be completely recyclable, they should have the capacity to compost, and at least 40 percent of the bag should be made using post-consumer recycled content.

Since McMahon's store bags don't comply with these criteria, she had to cancel her order of bags. She spent close to $5,000 on this order and now her money has gone to waste. Furthermore, she states that the new bags will not reflect her brand the way these custom bags did.

The primary reason as to why the city council kept a 6 month gap between implementing this ban on big stores and small businesses was to understand the problems with the ordinance. McMahon voiced out her concerns with regard to the ban in front of the city council, and the members of the council are going to discuss the ordinance in this context. With the help of the residents, the city council is expected to revise the ban slightly so that businesses don't face losses.