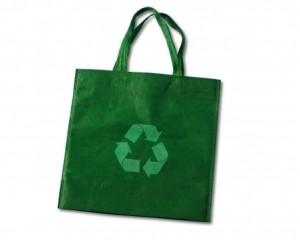 California has been struggling with the issue of plastic bag waste almost since a decade now. Every time the state comes up with an ordinance to curb the issue, it fails to get the required number of votes. However, this time probably the state will succeed in getting rid of plastic bags as some of the main legislative opponents of the plastic bag bill have settled down for a negotiation and have said that they will support the new ordinance. They even said that they will help in getting the ordinance enough votes in the council.

Custom Printed Bags Is the Solution to a Decade Long Problem

This new measure talks about a ban on one-time use plastic bags which are quite thin and can be used just once or twice. These bags cannot even be recycled, adding to the non-biodegradable clutter. If this ordinance gets the required number of votes, the ban is likely to come into effect from 2015 under a compromise bill which will be introduced by the state's lawmakers. Once the ban is implemented, shoppers of California will have to shell out an extra amount of 10 cents if they fail to bring reusable bags while shopping and avail the recycled paper or reusable plastic bag provided by the store.

Prior to this, California tried passing similar ordinances thrice, but failed. However, the supporters of the new bill are quite confident about the bill getting passed in the Senate with a minimum of 21 votes. Californians Against Waste's executive director, Mark Murray, said that this bill will get rid of around 20 billion one-time use plastic bags of the state.

This agreement was recently announced at a plastic plant in Vernon. This was the same plant that had opposed the bill last year, but is now supporting the cause as it includes provision of financial incentives for training workers. Businesses will be given around $2 million for retraining their workers.

Cheap Custom Printed Bags Have Their Share of Supporters

Around 90 counties and cities in the state have already banned one-time use plastic bags. But the decision of implementing a statewide plastic bag ban could be reached earlier. It took California almost a decade to come to this solution. As of now, this ban will only be applicable on large grocery stores and supermarkets. One year after the implementation, it will be extended to liquor stores and pharmacies. Looks like Californians wont have much of a choice other than carrying cheap custom printed bags.