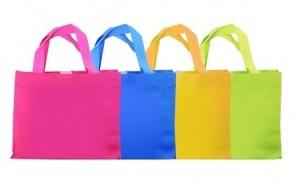 Finally, after 10 months of deliberations and debates, the Dallas City Council has come to a unanimous decision to vote. However, whether they will vote for a total ban on single-use plastic bags is the big question on the minds of environmentalists and other concerned residents. Though most of the Council Members are not for the continued use of single-use plastic bags, they may not support a total ban right away.

The Council is yet to arrive at a consensus about how to go about imposing the ban, which is actually overdue. The issue is set to return to the attention of the Council when they meet again in March. According to Council member Dwain Caraway, the Attorney's Office is in favor of levying a fee on disposable bags. While the city staff are collectively in favor of such a decision, it is up to the response of the public that will help make the final decision.

According to Council member Sandy Greyson, the reaction of the retailers would certainly be in favor of a fee rather than a ban. The hour-long discussion figured this and concerns of environmentalists, who would probably want the ban to be enforced rather than a fee. They feel that a fee can utmost be a temporary measure. With opinions divisive and no real compromise visible, residents are simply waiting for “the ides of March to come”.

Caraway, however, made it very clear in his lengthy opening brief that there can be no deal-cutting. The onus on the Council is on being a greener city, with a clean environment and recycling being important factors in the agenda. With there being no in-between, the message is quite clear, go green and protect the environment, even if tough decisions have to be made. The only problem though is that his fellow Council members may not think the same way, and won't want a total ban. Maybe, if the residents were to voice their concerns more vociferously, it could make a difference.

The need of the hour is for a consensus to be reached between the retailers, residents and the Council. A unanimous decision on using wholesale reusable bags is probably the best answer to the confounding issue. Reusable bags are worthy replacements to plastic bags that, by virtue of being least biodegradable can cause more harm to the environment than is affordable.