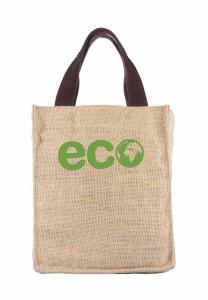 After a long wait, the date for the implementation of the plastic bag ban in Davis is finally out. The City Council recently had a meeting on this issue and voted unanimously to bring the ban in effect.

According to this new ban, usage of plastic bags that can be used just once will be prohibited. This bag ban will be applicable to all the retail stores in the city including restaurants and markets. The ban will be brought into effect from July 2014. After the unanimous vote, City Council directed the staffers to come up with another ordinance that would require the retailers to charge a fee of 10 cents to their customers who ask for reusable custom printed grocery bags from the store.

This bag ban was being pushed by the residents and leaders of the city since the end of December 2011. It was at this time that the council had passed a resolution of combating the waste of the city under its waste elimination plan. Chairman of Natural Resources Committee of Davis, Alan Pryor said that getting rid of one-time use plastic bags from the city is only a single part of the plan of making Davis free from waste by 2020. He added that other part of the plan includes making cups, containers and utensils with compostable materials.

Apart from that, Pryor threw some light on the problems that Davis is facing due to plastic waste. He said that it is creating litter problems everywhere in the city, right from the streets to the bushes in the park. In addition to that it is also a much costlier option. He gave out the statistics mentioning that Davis spends around $35,000 every year to appoint people who pick the plastic bags from the transfer stations. This is done to make sure that these non-biodegradable bags do not get into the landfills.

Since past few years the awareness regarding plastic bag waste has gained momentum. People have started opting for reusable bags which are any day better than plastic bags. But this change needs to be brought in on larger scale to make sure that Davis gets plastic free. Inland communities too are frustrated with the litter created by plastic bags which puts the marine life in danger. With this latest ban on plastic bags, the city hopes to attain its goal of getting free from plastic waste by 2020.