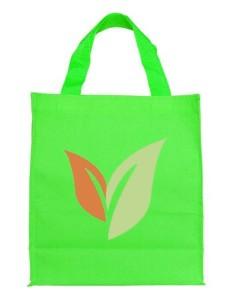 Following the footsteps of many cities across the nation adopting environment-friendly measures to make their lands as well as premises free of plastic, teachers at a school Newburyport in Massachusetts had recently organized a competition where they chose green bags to be sold this summer onward.

Sustainable Bagging Has a Winner for Its Green Bags Contest

In a bid to prevent the use of thin film plastic bags, especially in grocery stores and pharmacies, Newburyport High School saw many talented people showcasing eco-friendly bags that can be reused several times, washed and recycled at the end of their life. There were 54 entries and Emma Pitch, Caitlyn Wells and Siobhan Powers were declared the winners. The school also recognized Zachary Mauro's contribution and earned an honorable mention for his design that will be used by the city's recycling department in future.

Earlier in the year, an anonymous philanthropist donated 7,000 reusable green bags and these were immediately dispersed in the city through various community organizations. To make such bags more visible and popular, some were also stocked at stores, with the aim of influencing people to use them more often while shopping. Teenagers have been actively promoting eco-friendly measures and the leader of this team, Conor McManamy has mentioned that city will be getting more such bags from a US-based manufacturing company. This would be just in time for the tourist season which would begin in summer.

As many cities have seen a dramatic improvement in shoppers' choices when it comes to carry bags, Newburyport hopes to join this league and actively promotes reusable bags. The competition saw a good number of entries indicating that reusable bags are not just for the elite few, but an option that even common man can use. In this way, the environment is cleaner and the wallets are not empty paying for expensive paper bags.

The promotion of use of green bags was highlighted in this competition in a positive manner. Imposing bans is a technique that many cities have used, but focusing on the alternatives available is equally important. By organizing a competition, the city ensured larger social participation and enthusiasm of the citizens. It united everyone in a common cause. The three winner's reusable bags will be integrated into one type of bag, which will then be made available on a large scale to the public.