Dress Made out of Customized Plastic Bags

Dress Made out of Customized Plastic Bags 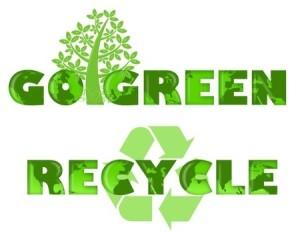 Mackenzie Roberts, a junior high school student of Rogers High School, took up a dress-making project in which she made a ball gown entirely out of customized plastic bags. And, after a few calculations, she and her mother came to the conclusion that the dress had taken 993 plastic grocery bags to make!

Customized Plastic Bags at Its Best

Plastic bags take a millennium to decompose. So, quite aptly, Mackenzie Roberts quipped that, by making her dress, she had in fact saved 993,000 years of plastic bags that would have otherwise spent that much of an era decomposing in landfills.

The ball gown that she'd made for the Family, Career and Community Leaders of America annual contest (in the recycle and redesign category) was made from the said number (i.e., 993) of plastic grocery bags. She and her mother, Vicki Roberts, had collected these plastic bags from their church, friends, and whoever else would contribute them. And then, when even those weren't enough, Vicki collected plastic bags from Walmart and Winco from their recycle bins.

Since Mackenzie knew how to crochet, her game-plan was to turn those plastic bags into plastic yarn, and then crochet the plastic yarn into the ball gown she had in mind. And since she'd needed different colors for the different sections of the gown, she'd used different-colored plastic bags as needed.

Mackenzie had her entire family supporting her on the project, but it still took an incredible number of hours to complete the dress. When it was finally done however, Mackenzie won both the regional and state competitions in her category. And now she's merely waiting to enter her dress in the national competition (which will be held in Texas in July, 2014).

Plastic bags cause a gamut of environmental problems, especially because they don't decompose quickly enough and also because they are used far too widely and frivolously. Hence, it's no surprise that a multitude of place have either implemented or considered a ban on plastic bags – especially single-use plastic bags.

However, in places that it's not yet banned, and in circumstances where it's not yet possible to not use plastic bags, the next best thing to do is to recycle them in some way. Customized plastic bags, like how Mackenzie Roberts had converted them into plastic yarn of different colors to crochet into a gown, is a great option to recycle plastic bags. Now that Mackenzie has proven that an entire gown can be made, it's left up to anyone's imagination what more can be made out of customized plastic bags. It would be a great recycling project!

However, it should be noted that plastic bags are still increasing in number in landfills. So although recycling plastic bags is a good option – for now – it would be the best choice all around if reusable bags managed to replace plastic bags altogether.