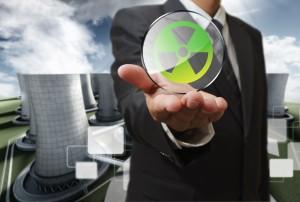 North Carolina's Environmental Management Commission recently received a complaint from four environmental groups against Duke Energy. In this complaint, the conservation groups requested the Commission to require a clean-up of groundwater pollution near unlined coal ash ponds at fourteen power plants. The plants where contamination was found are owned by Duke Energy.

Only days after environmental groups raised a complaint against Duke Energy, Duke University released a study where high levels of dangerous toxins like arsenic and selenium were found in the lakes of North Carolina. Water from rivers that are located downstream from the ash ponds also contained these toxins. An excessive amount of selenium ingestion can cause neurological problems in human beings and physical deformities in birds. Several other harmful toxins like boron, thallium, chromium, etc. were also found from these water bodies.

Over 300 water samples were taken from across the state for this study. The pollution found in some of these study samples exceeded the contamination levels set by the Environmental Protection Agency for safe drinking water and aquatic life. The level of arsenic in the groundwater found near Sutton Plant on the Cape Fear River was 27times higher than the state standard. This is located just half a mile from drinking water, yet no action has been taken to clean up the contaminants.

Despite distribution of eco-friendly promotional items, NC pollution has risen

Several environmentalists from North Carolina took extreme measures to reduce pollution within their state. The outer banks of North Carolina have also imposed a ban on plastic bags. Production and distribution of eco-friendly promotional items and reusable bags became popular amongst the citizens.

Despite these attempts to maintain a pollution-free state, the contamination caused by power plants has upset the citizens of North Carolina. D.J. Gerken, the attorney who filed the complaint on behalf of the environmental groups, expressed his disappointment at the utility companies. The utility companies, although perfectly aware of the contamination, refused to take action and clean up the ash ponds. He said that it was an act of irresponsibility towards North Carolina families.

So far, no regulation has been created by the Federal Government against contamination by coal ash. The efforts of the Environmental Protection Agency to impose stricter regulation have been blocked because of opposition from these politically powerful utilities suppliers. The environmentalist groups are patiently waiting for the commission to reach a decision on the violation of the state rules. It has 30 days to make this decision.