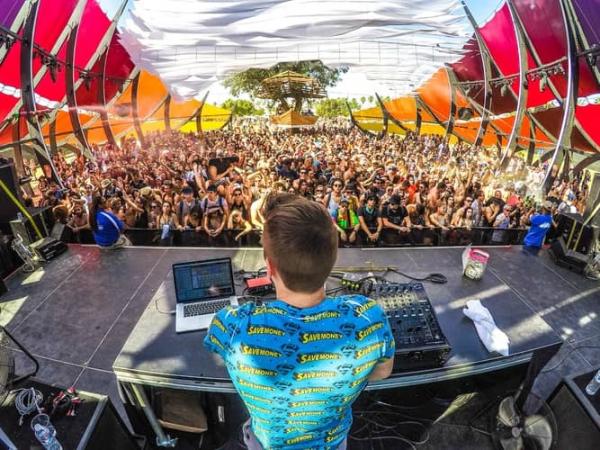 Festival season is underway. With Coachella behind us and Sunfest fast approaching, Hatsume Fair last weekend, and Comic Con Revolution just two months ago, there are those who really enjoy festivals and conventions. But they aren't always the most Earth friendly places. With lots of trash, lots of energy usage, and lots of temporary stages and tents set up, they can have quite a carbon footprint. According to Rolling Stone, Bonnaroo Music and Arts Festival's 2015 gathering generated 979 tons of waste in just 4 days!

There is, however, a silver lining. If you want to take a hard look at each festival's impact and what green initiatives they are taking on, the Sustainable Concerts Working Group suggests considering these five factors:

If this concerns you, but you don't want to give up this beloved activity, consider these music festivals and what they are doing to reduce their carbon footprint--one beer cup at a time.

Located in Portugal, Boom Festival's vision is "a festival dedicated to free spirits from all over the world." They have 20 years of initiatives behind them, and it doesn't look like they plan to stop any time soon! Held every two years on the shores of Lake Idhana-a-Nova during July's full moon, this gathering strives to teach festival goers how to co-exist with mother nature and other concert goers. This includes 100% compostable toilets and water treatment facilities, vegetable oil generators, permaculate gardens, and exactly zero corporate sponsors. Starting in 2012, they hosted Boom Off-Grid, which seeks to use solar energy whenever possible.

This Norwegian bash has ambitions to be one of the greenest festivals in the world. How do they plan to accomplish that? They have a stage that is purely solar powered. They also offer organic and vegetarian food options served on edible plates. They offer free bike repairs, and boast a 74% recycling rate. They also offer cash back for turning discarded cups, handles, and cigarette butts!

Shamabala, located in Northamptonshire in England, became the first and only festival to win the highly coveted five star Creative Green industry certificate in 2017. They did this by using 100% renewable power, going both meat and fish free, banning the sales of single-use plastic, among other initiatives. Held on a country estate in Northamptonshire, this Shambala highly encourages green transport. They offer cycling maps, subsidized shuttle busses powered by biofuels, and car sharing. They also plan to have at least 40% of their audience arrive by shared transport this year.

In 2017, UK publication The Independent asked "Is this Portland festival the most hipster event on the planet?" If hipster means one of the most aggressively green festivals around, then the answer is yes! Located on US soil, this Oregon based festival has absolutely no litter! This is because while you can eat and drink Portland's finest farm-to-table cuisine and craft brews, everyone must bring their own mess kit (plates, utensils, cups, etc.) Free dishwashing zones are scattered throughout the farmland. The stages also do double-duty as reusable art installations. Last year, a stage made of wooden trusses was converted into homeless shelters. Want to get away from the sounds and the sights? Enjoy trail lights leading to a woodland reading room, or charge your phone in silence. It's all powered by three portable solar power generators.

This festival is held on the geographically interesting island of Iceland. Located outside the capital of Reykjavik, Secret Solstice does their best to make sure they don't waste energy lighting the event. How? They hold it during the middle of the summer solstice, the longest day of the year, in a location quite close to the Arctic Circle. And when extra energy is needed, Iceland is jam packed with geothermal and hydropower reserves! In 2016, this event was certified CarbonNeutral, as well as partnering with Icelandic Global to offer carbon-neutral water and using only long-term hybrid vehicles. They also offer extracurricular activities on the side if you tire of the crowds. You can do things such as tour nearby lava tunnels or check out a smaller, private concert inside Europe's second largest glacier--Langjökull