Eco-Friendly Recyclable Styrofoam? Not in My Lifetime!

Eco-Friendly Recyclable Styrofoam? Not in My Lifetime! 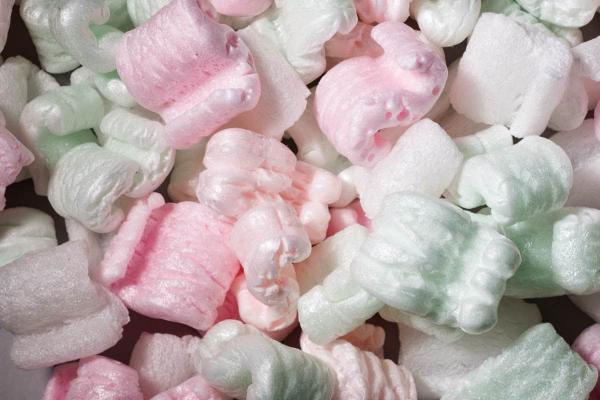 Polystyrene foam, more commonly known by the brand name Styrofoam, is well known as the only materials that is completely unrecyclable....UNTIL NOW!

Traditionally, the strength of atoms in styrofoam production not only gives it a long shelf life but this shelf life also transfers over to landfills. Styrofoam only breaks down through a process called photodegradation, or "breakdown by light." Unfortunately, trapped in a landfill, buried under layers of other garbage, no light can reach it. This can leave styrofoam, which makes up about 30 percent of landfill volume in the United States, around for millions of years. And while styrofoam is not biodegradable, it does fragment into smaller pieces, choking and clogging the digestive systems of animals who unfortunately ingest it.

How do we fix this problem? By stripping away all of the filler material, leaving just the bare fibres, researches have show that the resulting "nanowood" outperforms almost all existing insulators. Wood is the new earth-friendly styrofoam!

Liangbing Hu led the team that developed nanowood. He is an assistant professor at the A. James Clark School of Engineering at the University of Maryland--College Park in the department of Materials Science and Engineering. The team's process is relatively simple: the wood is exposed to three cheap, simple chemicals--sodium hydroxide (lye or caustic soda), sodium sulphite, and hydrogen peroxide. Together, these strip out the cell walls leaving just the skeletal nanofibres of cellulose.

The surviving nanofibres' parallel arrangement is what gives the material its unusual properties. Heat can't travel easily across the fibres and is mostly reflected. All the solid filler material in wood that would otherwise convey heat is gone and has been replaced by poorly-conducting air. Because the surviving fibres are parallel, they help any heat that does penetrate the material vanish. This combination of stopping heat penetration in one direction and guiding it away in the other provides nanowood's edge over other insulators according to Hu.

According to Jeff Youngblood, a professor of Materials Engineering at Purdue University in West Lafayette, Indiana, whose work also focuses on producing industrial materials from wood, "This really shows that nature has outperformed humankind, once again. We just have to unlock her secrets."

Lab tests have shown that nanowood's capacity to block heat all the way through is on par with styrofoam, and both materials are hundreds of times better at this than epoxy, wool, and glass. Nanowood is also incredibly strong. It is able to withstand loads of up to 13 Megapascals, equivalent to almost 2,000 pounds per square inch!

The sample tested was only 15 centimeters long and 2 centimeters thick, but researchers say that it can be made in virtually any size or shape already obtainable by wood. Due to its versatility, it can be used to insulate a variety of products including entire buildings, tiny computing components, engines in airplanes, spaceships, and cars.

It's also extremely lightweight and inexpensive to produce. Each square meter only needs $7 worth of chemicals. It also has the major ecological benefit of being made from ordinary, recyclable wood. "Wood stores rather than emits carbon dioxide," says Hu.

"This work shows that with proper treatment, wood can become stronger and more insulating than commonly used insulation, such as fiberglass for houses, with the added benefits that it is non-toxic and sustainable," says Youngblood.