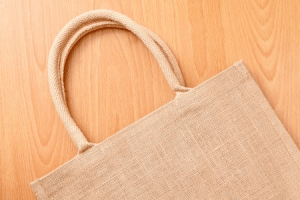 The East End County is considering the use of promotional canvas bags and other reusable shopping bags after a meeting was called by the Southampton Town Supervisor Anna Throne-Holst. It included the county's officials along with those of East Hampton, Southampton, Riverhead, Southold and Shelter Island.

The meeting was held to see the responses of various counties and its citizens to the ban of single-use plastics on a widespread basis. Throne-Holst brought to light a practical observation that everyone knew how beneficial the ban was to the environment and the wildlife, but the problem lay in implementing it. People who want the ban to be implements have highlighted numerous incidents where animals, including sea animals, have choked on discarded the thin plastics to death and how certain counties, such as Southampton and East Hampton, have already implements the ban successfully and with no major difficulties. Environmentalists have also pointed out that as these bags cannot be reused or recycled, they only add to the toxic waste already accumulated in the world; they only reduce in size but cannot be eliminated completely.

Many city officials want the ban to be implements by all 5 Suffolk Counties to be implements so the competing grocers of East End would be persuaded to follow suit. The issue is that although all counties want to implement the ban, no one is taking the first step. According to Southampton's Solid Waste Advisory Committee, which circulated a letter to this effect, stated that 20 million plastic bags were thrown away as waste each year. It means, each day the ban is postponed, 54,000 bags are added to the waste! The ban is already being discussed with local residents and store owners to get their feedback. Shelter Island authorities have stated that their local business demand a lot of respect and have influence on the shoppers. They are discussing the ban on plastics with them first, to know how feasible an options it is and the chances of it succeeding are.

Legislator Jay Schneiderman has suggested a 5 to 10 cents fee be implemented on the people who use plastic bags in East End rather than banning them completely. Some people are accustomed to using such bags, but he hopes that the extra expense and availability of alternate shopping bags, such as promotional canvas bags in the store, will encourage more and more people to adopt green measures while shopping and reducing the plastic litter on land and in water substantially.