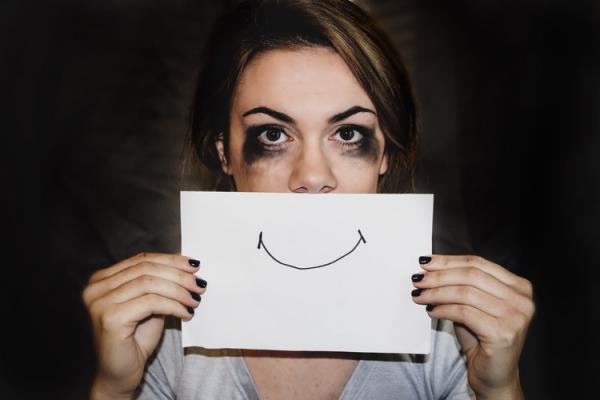 We only have 22 years to get our act together!

That's the message understood by many after reading the United Nation's Intergovernmental Panel on Climate Change's alarming report. Released earlier this month, this shocking article predicted the human population may very well witness a major environmental catastrophe as soon as 2040. Think along the lines of famines, droughts, wildfires, dying coral reefs, and other sorts of things you would see in a realistic apocalypse movie.

This harsh reality brings the worst fears to the very near future. This leaves many feeling rattled, hopeless...even depressed. The co-author of a 2017 report, "Mental Health and Our Changing Climate: Impacts, Implications, and Guidance," Susan Clayton, says there is much evidence that mental health issues tied to the delicate future of our planet are on the rise. She is a professor of psychology and environmental studies at the College of Wooster, in Wooster, Ohio.

"We can say that a significant proportion of people are experiencing stress and worry about the potential impacts of climate change, and that the level of worry is almost certainly increasing."

While there is not a specific name for this condition, several studies have began to call it "eco-anxiety," "climate change distress," and "ecological greif." Clayton adds, "How it will affect people's mental health in the long run will depend on how society responds to it."

For many, this preoccupation is already part of everyday life. Last week, the country watched as Hurricane Michael ripped through the Florida Panhandle. This category four storm was the strongest to land in the area since storm history first began being recorded. Research on the psychological effects of extreme weather events estimate "between 25 and 50 percent of all people exposed to an extreme weather disaster may have some adverse mental health effects." This is according the the Union of Concerned Scientists. They are a group from Cambridge, Massachusetts, working towards a healthier planet and safer world.

Acute symptoms of these effects can include depression, anxiety, post-traumatic stress disorder; and the severity of these symptoms depend upon several factors, including "a person's age, coping capacity, and proximity to the devastation."

For those of us living in areas where natural disasters are prevalent--Californians being on the watch for wildfires and earthquakes, while coastal Southerners always worry about the start of hurricane season--the first line of defense for eco-anxiety is to have a plan. "For people who can anticipate a high possibility of facing a climate disaster, they are likely to feel better if they inform themselves about what the future might hold," says Clayton. "Think about the likely threats in the area and actively make plans for how to cope."

For example, keeping a first-aid kit, non-perishable food, and water handy is always a great idea. Write down and practice emergency plans with your family. Find out if you live in a flood zone and how your government plans inform you of, and deal with, a potential disaster. The idea is to eliminate as much uncertainty as possible.

Research has also found that strong social connections and networks lead to lower levels of psychological distress. Both during and in the wake of natural disasters, not only do people with these networks have these lower psychological distress levels, but they are better able to withstand traumatic experiences. "For everyone, strengthening social connections can be a powerful source of resilience," states Clayton. You can lean on friends, family, and neighbors, as long as you don't forget to offer your own helping hand too. Getting involved in community efforts is also beneficial. "Even book groups or exercise groups can be helpful," she adds. "The social bonds and the opportunity to have informal, unplanned conversations with people about issues you care about will contribute to mental, and even physical health."

Even if you think there isn't much you can do to change climate change's outcome, small changes to your carbon footprint can have big impacts on your mental health. Studies show that walking, biking, or using public transportation can not only reduce overall stress levels but also have a positive effect on one's emotional and physical well-being.

As for those who are tempted to ignore all the bad news, it's pressing to confront the issue directly. Clayton suggests,

"The best way to fight feelings of hopelessness is to increase feelings of empowerment by getting informed and getting involved. Joining together with others to address the issue not only enables people to enhance their impact, but also provides social support that can help with the negative emotions."

For those interested in politics, you can get involved by joining a grassroots organization focused on fighting climate change. You can also donate to politicians who support action towards a healthier planet; GiveGreen provides an easy platform. For those interested in the concept of "reduce, reuse, recycle," Custom Earth Promos can help you. By providing eco-friendly promotional items such as bags, bottles, and notebooks, you and your customers will know that you are also focused on a healthier Earth.

"Fear feeds on itself. When we refuse to confront the thing we're afraid of, it seems even more scary and powerful--like the monster under the bed."

There is plenty to do instead of hiding under the covers. Start looking beneath your bed today.