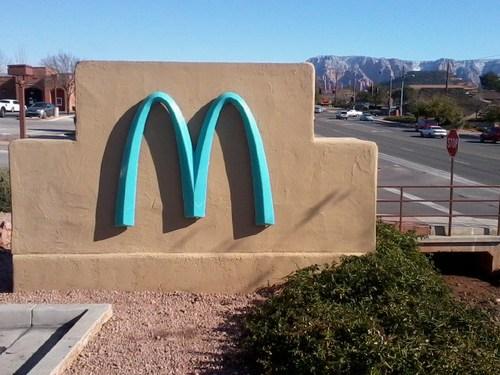 The iconic red and yellow restaurant is going green. McDonald's has pledged to become more environmentally friendly by including recycling bins and sustainable packaging in it's restaurants worldwide.

Multiple McDonald's employees, such as New Zealand's managing director Dave Howse and the United State's chief supply chain and sustainability officer Francesca Debiase have stated that packaging waste is the most important concern to McDonald's consumers. It has set it's goal at 100 percent sustainable packaging by the year 2025, using renewable, recyclable, or certified sources. New Zealand's 165 restaurants across the country have their work cut out for them as they plan to have this goal completed as soon as this April according to the Otago Daily Times, a local NZ paper out of the city of Dunedin.

In the US, only about 50 percent of McDonald's packaging currently comes from sustainable sources. Only 10 percent of its restaurants have recycling bins available.

McDonald's also has its sights set on 100 percent of its packaging not contributing to deforestation by 2020. Currently, around 64 percent of packaging meets that standard. They have also set the short-term goal of eliminating all foam packaging by the end of this year.

The company has also worked towards other green goals in the past. In 2016, the company began to purchase sustainable beef. It was also made public that the restaurant chain had cut ties with its chicken supplier, Tyson Foods. This came after video of the animals being abused. Tyson Farmers also pleaded guilty to one count of animal cruelty.

The announcement has been praised by environmental groups that have worked with McDonald's. "Today's announcement demonstrates McDonald's strong leadership in developing packaging and recycling solutions at a scale that can extend the life of our natural resources and push its industry toward more sustainable practices," stated Sheila Bonini, senior vice president of private sector engagement of the World Wildlife Fund. As the US's largest restaurant chain, McDonald's can have quite a large impact on changes made in the entire fast food industry.

According to Brian Yarbrough, an equity analyst from brokerage firm Edward Jones, has said "It's in the forefront of people's minds right now--recycling green. Obviously, it's a positive development for them."