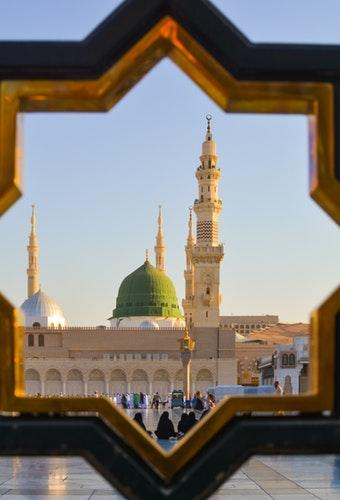 As the clock approached midnight, volunteers in the kitchen of the Islamic Center of Minnesota's women-only clubhouse washed silverware and ceramic plates to be used for the upcoming iftar. It made for more work, but that meant less trash after the traditional evening meal used to break the fast during Ramadan.

"A few years ago, when we decided to organize iftars, we reached out to the community and asked for old plates, silverware, dishes and cutlery. We have been using them since. People are used to the convenience of using plastic or paper plates. They want the easy way out."

Mosques and Islamic centers across the state of Minnesota are becoming increasingly minimal or zero-waste. Organizers are coming up with way to ensure that Ramadan does not include any overflowing garbage bags, piles of plastic bottles, or wasted and uneaten food at the nightly events that draw anywhere from handfuls to hundreds of people.

According to the US Department of Agriculture, Americans waste more than a third of all food. The US Environmental Protection Agency, estimated that food comprised 22 percent of all trash sent to landfills back in 2015, more than any other single material. Against this information, Muslims in the Twin Cities, and beyond, are creating "green teams" to gradually switch over to eco-friendly mealtime habits.

"As Muslims, we have to be stewards for this earth. You cannot be a good practicing Muslim and not take care of planet Earth. The two do not match."

The Indiana-based Islamic Society of North America has been reaching out to mosques and Islamic centers to join the campaign "Greening Our Ramadan" by adopting practices like conserving food; using relatively quick-degrading paper; and giving a khutbah, or Friday sermon, on the Islamic imperative to conserve and protect the environment.
Muslim or not, it is imperative to protect the environment and save the health of our planet. Custom Earth Promos can help.

Outside of the mosque community, restaurants have also rolled out green initiatives. Owner of Indian/Bangladeshi restaurant Gandhi Mahal in Minneapolis, Ruhel Islam, stated that he has been following a zero-waste approach since he opened the restaurant in 2008. His iftar buffet features compostable dishes, small portions, and cooking oils are recycled into bio diesel. Many of the herbs used are grown in the basement's aquaponic facility.

"I grew up in Bangladesh in a community which grows its own food and believes in reducing carbon footprints."

Depending upon things such as budget and manpower, Islamic centers are adopting ranges of practices including completely ridding themselves of plastic, to composting, to sorting recyclables out of their trash.
Rid yourself of plastic by replacing your bags the next time you go to the store.

"We choose to serve our guests at our buffet, offering modest portions first, and allowing them to return for more after each person is served."

Building Blocks of Islam is a Minneapolis nonprofit that serves about 300 guests each year at its annual fundraising dinner. The organization's iftar dinner will have 100 percent compostable and biodegradable dinnerware and no plastic water bottles.
They can replace their plastic water bottles with reusable ones, and save both money and the planet for generations.

"Any remaining food is packaged for guests to take home and eat as their suhoor, the pre-fast meal in the morning, or for iftar the next day."

Wayman said that young Muslims across the country raising awareness of climate change play a role in the shift to more eco-friendly Ramadan meals. She also noted "there is a global push for greener practices as the situation gets more dire in terms of water shortages, the destruction of forests and seas, and the threat to wildlife."

Going green does come with its own set of challenges. Degradable and compostable items are more costly. The logistics of composting and recycling can be tricky. Educating people about waste practices and why they matter has been an even bigger challenge, says Salim Altaf. Altaf is part of the Northwest Islamic Community Center's green team.

"We cannot expect that everyone would know about identifying and segregating waste. Every Ramadan, we explain the concept to them in the first week."