Which Eco-Friendly States Are Leading the US in Solar Energy?

Which Eco-Friendly States Are Leading the US in Solar Energy? 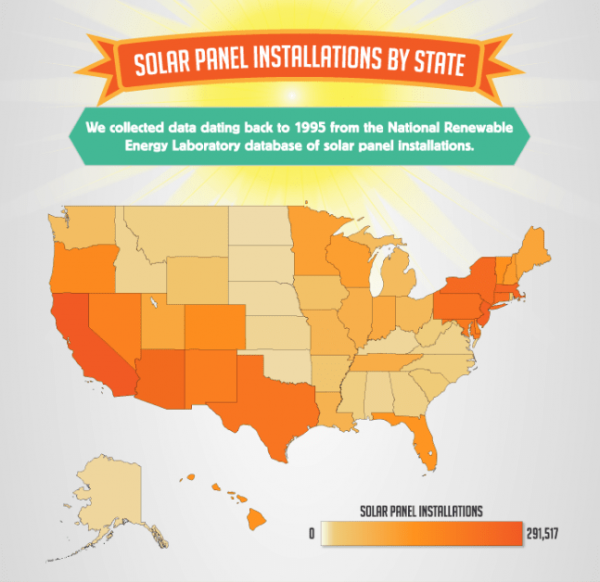 Solar energy can often feel like a recent development given the increase in popularity; however, it actually dates back to the mid-1800s when Alexandre Edmond Becquerel discovered the photovoltaic effect. He explained how electricity could be generated from sunlight and claimed that “shining light on an electrode submerged in a conductive solution would create an electric current.”

Over 100 years later, in 1941, Russell Ohl invented the solar cell, shortly after the invention of the transistor. Yet, in 2015, only 13% of the entire US' electricity came from renewable sources with just 0.65% coming from solar.

But, it appears we are making progress. According to a new study by Modernize, there is nationwide support for solar energy with solar panel installations up nearly 155 percent in the last decade.

This research examines which states are leading the way with the most solar panel installations, the most incentives for going solar, and who is most motivated by these incentives.

The below graph reveals the top 10 states for solar panel installations. Did yours make the list? 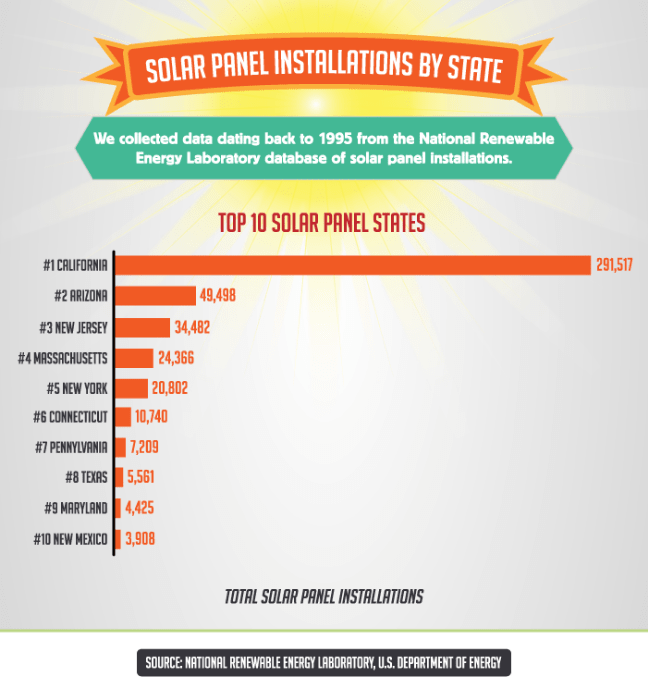 It's no big surprise that California took the top spot when it comes to solar panel installs. The state is renowned for its eco-friendly culture. Arizona may not have come close to California, but they still came second, followed by New Jersey in third.

A particularly interesting trend is that 5 out of the top 10 states are occupied by Northeastern states – New Jersey, Massachusetts, New York, Connecticut, and Pennsylvania – states that aren't exactly known for their sunshine. It just comes to show that you don't need to be surrounded by constant sunshine to feel the solar appeal.

Slowly but surely, solar energy is on the rise and we're excited to see how these numbers develop in the next few decades as successful solar installs are better understood and encouraged.

But for now, it's safe to say Alexandre Becquerel would be proud of how far we've come with more solar energy on the way.