Eco-Friendly Can Also Be Eco-Evil: Trafficking in Central America

Eco-Friendly Can Also Be Eco-Evil: Trafficking in Central America 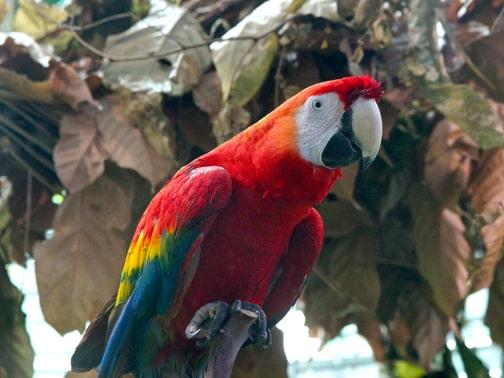 A poorly defined region between Central American countries Guatemala and Belize is proving to be fertile ground for eco-trafficking to further their criminal activities. This lawless land underscores how a lack of government control in such areas helps facilitate these crimes.
Facilitate positive eco-activities with Custom Earth Promos.

The business of trafficking prized natural resources such as rosewood and scarlet macaws is thriving in the Maya Biosphere Reserve. This reserve stretches across northern Guatemala and central Belize's Chiquibul National Park. According to the Spanish language version of eco-publication Mongabay, citizens in this insecure and sparsely patrolled border region lack practical economic opportunities. This leads them to turn to illegal activities and crime to boost their income.

These criminal networks are operating on both sides of the border and usually have Asian financiers. They employ local farmers to smuggle plants and animals through the region in one of two ways: Guatemala's northwest border with Mexico or its northeast border with Belize. This is where smugglers look for gaps in security. From here, contraband is moved using more powerful people and corrupt government officials through strategic ports in both countries before reaching it's final destination, also according to Mongabay.

The main area being affected is known as the "adjacency zone," a one kilometer (almost one mile) stretch of land on either side of the border. A long running dispute between the two countries, going all the way back to the eighteenth century, has made it difficult for authorities to get involved. This is due to uncertainty regarding jurisdiction. The uncertainty has led to the "unchecked extraction of natural resources."

While items such as rosewood are often destined for places like Hong Kong, in southeast Asia, the birds often end up in the hands of wealthy Mexicans and Guatemalans.

Authorities uncovered two parrots in the home of former Guatemalan Vice President Roxana Baldetti. They were likely obtained through corrupt officials in the countries National Council for Protected Areas (Consejo Nacional de Áreas Protegidas – CONAP). Unfortunately, the bird's starting point was untraceable, as transaction was never documented, according to Aura Marina López Cifuentes of the environmental crimes division in Guatemala's Attorney General's office.
Get your hands on our reusable bags, and know exactly what they are made out of.

Drug trafficking groups have also taken advantage of the Maya Biosphere and the poorly secured border area, operating from Guatemala's northernmost Petén department. These groups are known for burning large swathes of protected forest to create landing strips in order to move drug shipments coming from South America. More than 8,000 hectares (almost 31 square miles) of protected tropical forest were destroyed over the span of just a few months back in 2016!
The next time you get thirsty, instead of burning through single-use plastic bottles, use a reusable water bottle.

The combination of loose border control and corruption also affects other parts of the region. In Paraguay, illegal loggers rely on the country's insecure border with Brazil, and corrupt police, to traffic timber out of a nature reserve that is notorious for such activity.

The family of Paraguay President Horacio Cartes has long been accused of facilitating the flow of contraband cigarettes through and area known as the "Tri-Border" region, an illegal hotspot where Argentina, Brazil, and Paraguay meet.