Efforts to Recycle Continue in Full Swing for the National Recycling Challenge, USA

Efforts to Recycle Continue in Full Swing for the National Recycling Challenge, USA 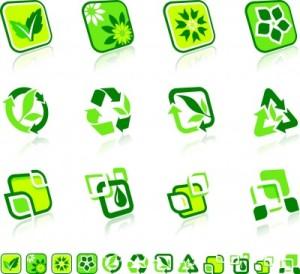 Results of the Recycling Challenge to be announce in 2013

A community was chosen from each state to participate in this recycling challenge. After nearly three months of participation, Lakes at Red Rock, VA, is currently leading the Recycling Challenge. Huntington Woods,Mich, along with Horace, N.D., are in the second and third position of this race to win that $100,000 sustainability grant that SC Johnson is offering. The winner of the entire challenge will be revealed only in 2013 January.

As a huge company, SC Johnson is looking to motivate the citizens of the US to adopt green measures for a more sustainable living. Apart from recycling, the company is encouraging the citizens to use environment friendly products such as reusable totes, containers and bottles, as part of their green movement.

The company is quite excited with the progress of the Recycling Challenge and they hope that along with the Sustainable Behavior Change Program, they will be able to help people become more eco-minded. Also, the company is sure that with this program they will get a better understanding of what exactly motivates the citizens to change their consumer behavior in order to help protect and preserve the environment.

More about the Recycling Challenge

The Recycling Challenge was initially developed by Recyclebank and SC Johnson. Recyclebank is a company, which rewards people for adopting green measures, in the form of deals and discounts. It also aims at inspiring waste segregation and hopes to increase the recycling efforts as well. Apart from aiming at encouraging people to recycle, the Challenge will also contribute to efforts of SC Johnson's goal to becoming landfill-neutral by the year 2016.

All this can be done only with the assistance of the communities and of course Recyclebank. SC Johnson expects to divert or eliminate over 480 million pounds of waste in the landfills, which is almost equivalent to the company's current waste footprint as well.