8 Percent Growth for Organic Valley in 2013

8 Percent Growth for Organic Valley in 2013 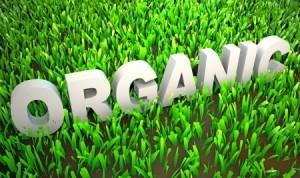 Driven with the concerns about the health and welfare of people, and the animals as well as plants, Organic Valley was established in 1988. A mission-driven cooperative owned and operated by farmers and their families, it is an initiative that has organic farming dear to its heart. The year-end financial reports of Organic Valley that were released recently showed an 8 percent growth in 2013, and a remarkable sales figure of $928 million.

It was an uphill task ever since the cooperative was established in January 1988. Family farms were facing dire straits, which was the main reason why Organic Valley was started by a bunch of eco-friendly enthusiasts in the Southwestern Wisconsin. The concept was kicked off with a small poster that invited the regional farmers to join George Siemon for a meeting. Siemon, who is the current head of the organization, set in motion the Coulee Region Organic Produce Pool in a small way. Today, the cooperative has grown into a massive organization.

These people back then itself had the foresight to realize the problems that would arise due to lack of sustainability, and the importance of organic farming, which they felt is the only way to sustain the farming community and provide agricultural produce that is fit for human consumption. The focus was on producing more nutritious food without using synthetic chemicals and fertilizers that had toxic effects on the soil and the produce. The use of such harmful pesticides, fertilizers and herbicides was discouraged, and pure organic vegetables were grown, soon to be followed with organic dairy produce.

With people asking for more of the same, Organic Valley was born, and is now a leading producer of a range of organic fruits, vegetables and dairy products. So much so, the pioneering cooperative is the largest organic milk supplier in the nation. The organization produces only certified organic products and has evolved as a leader in the industry. Siemon and his family still operate the organic farm in Bad Axe River Valley that was founded way back in 1977.

The going must have been tough during the early stages. The land had to be allowed time to recover from the onslaught of chemical fertilizers and fertilizers. Only if such toxic substances are not used for an extended period of up to 5 to 6 years do all the traces of toxic substances vanish, and the soil regains its natural properties. Siemon's organization has worked hard to educate the people about the benefits of using such eco-friendly items that are produced under stringent conditions. They even use eco-friendly promotional items to encourage their use. The cue needs to be followed by other companies who should turn to producing and selling organic agricultural products.