Either Create Shopping Bag or Use a Reusable Bag in Lacey

Either Create Shopping Bag or Use a Reusable Bag in Lacey 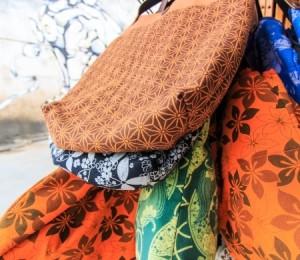 Lacey, like most cities in the country, has decided to ditch plastic bags. Recently, its city council voted in favor of the ordinance that talks about banning plastic bags in the city. Now that the proposal has been accepted, the ban is scheduled to be brought into effect from July 1.

Lacey Gives up on Plastic Bags and Supports the Reusable Bag

However, it was not an easy task for the supporters of the ordinance to get the idea accepted by all. Those who oppose this proposal, mostly plastic bag manufacturers and certain businesses, wanted the people of the city to voice their opinion about it. As most residents favored the ordinance, it was passed in the council.

According to a report by The Olympian, the city was the last big jurisdiction of Thurston County to have passed an ordinance of this sort. Previously, Tumwater, Olympia as well as unincorporated Thurston County had approved similar ordinances.

Now that the ban is set to be implemented in a few months, residents of the city should start giving up on plastic bags and use reusable bags instead. These eco-friendly bags are not only reusable, but also prove to be much durable than plastic bags. While most plastic bags tear away when filled with heavy groceries or purchases, reusable bags don't. Many stylish and colorful reusable bags are already up for sale in the stores of Lacey, so residents can make their pick accordingly.

However, if you would like to go a step ahead and create shopping bag for yourself, even that is simple. Not only will it save you some money, but will also help you customize your bags. Creating your own shopping bag wont even take too much of your time. You essentially need an old cloth or any fabric of your choice. You can use any store-brought reusable bag for cutting out the pattern on the fabric. You will need four cut out pieces of the fabric in total. Two of these pieces will be used for lining the insides of the bags while the other two for the exterior.

Once you have the cut outs of both the exterior parts, pin them together and sew both the sides. Follow the same procedure for the interior pieces. Now, open the fabric and iron the seams. Be careful during this step as it is essential to press the seams to get a perfect handcrafted bag.