Another Discussion in Evanston on Using Discount Bags Wholesale

Another Discussion in Evanston on Using Discount Bags Wholesale 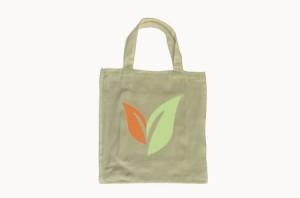 The city of Evanston, Illinois, is all set to re-engage their 2011 debate on a possible ban on plastic bags in the city. When the ban had been first considered in the year 2011, the newness of the idea in the area, along with the disadvantage it would pose to businesses at a competitive level, saw the proposition being indefinitely shelved. But now, with so many areas considering and implementing similar bans, the Evanston City Council members are once again putting the possibility of the ban on the table.

According to Hurley and Robinson, Chicago's ordinance on the distribution of plastic bags has implemented the ban on retail establishments that sell perishable or non-perishable goods. However, the ban did not apply to dine-in or carry out restaurants. Summarily, only chain stores, or shops that are part of a franchise, are expected to acquiesce to the ban in Chicago
It was suggested that a similar partial ban be implemented in Evanston as well, rather than a complete ban. In any case, with so many communities considering and implementing such bans on the use and distribution of plastic bags, many (like Alderman Jane Grover) agreed that considering such an ordinance was definitely a good idea for the city of Evanston.

Even so, people do agree that a ban on plastic bags is necessary to reduce landfills and to protect the environment. And with so many similar bans already implemented in so many other areas, the city is looking forward to implementing such a ban for itself. Hence, a partial ban on plastic bags at least might well be present in the city's future.

Why to Switch to Discount Bags Wholesale?

Plastic waste makes up most of the waste in landfills, and it is a major polluting factor as well. Hence, it's no wonder that more and more cities and communities are implementing bans on the distribution of single-use plastic bags.

One great way to counter the usage of plastic bags (that will suffocate the environment) is to invest in discount bags wholesale. Discount reusable bags, available now with custom designs and made with recyclable materials, are not only budget-friendly but trendy too. And buying such reusable bags in wholesale quantities instead of singularly – by individuals, stores as well as businesses – is a great way to reduce plastic waste issues.