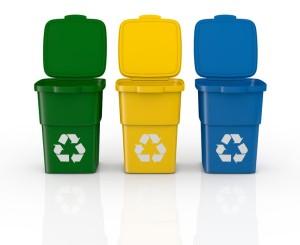 Residents across Atlanta were in for a surprise when they started excessive multiple recycle bins as a part of the city's new program aiming at making Atlanta one of the most sustainable cities in America. While the city mayor and his officials are proud of the $2.3 million project, residents across the city are outraged at the new scheme.

The Residents Are Unhappy About the Recycle Bins in Atlanta

The mayor may pass the extra bins as an effort to attaining sustainability but the residents are not happy with the city's new initiative. The residents are of the opinion that the scheme is outrageous and is a massive waste of the taxpayer's money. The residents who are finding the going tough with the heavy property taxes being levied upon them are very upset to see their money being wasted on the extra bins.

Some of the residents were happy to receive waste bins initially, as they could increase their recycling efforts. But when more bins were being delivered, it made the residents think that the city was wasting the taxpayer's money. The very fact that the entire project has cost well over $2 million has enraged the residents to the point that some of them voiced their opinion in harsh words, calling the project ridiculous.

While many residents continue to voice their opinions against the city's new sustainability program, the mayor on the other hand says that the city officials are merely encouraging the use of eco friendly promotional items. Mayor Kasim Reed has said that the project is a down payment towards the commitment to make Atlanta the most sustainable city in America.

The new bins have been delivered to over 65,000 residential homes since the project was initiated in October at the rate of 1000 bins per day. These 96 gallon bins have been delivered to all the quadrants of the city and every home that did not possess a dust bin prior to the program has now been issued a new one. The mayor also said that he was pleased with the program as the rate of error was only 1% and only 685 duplicates were delivered. He has also encouraged the recipients of duplicate bins to immediately contact the Public Works Customer Service Center so that they can return the bins back to the contractor.

The Importance of Recycling

While the debacle of excessive dust bins continues in Atlanta, it is also important to note that recycling is very important to a city. Recycling helps in reducing waste, especially the garbage disposed in landfills, as most of it can be used to produce fresh materials such as paper, plastic, and glass products. It is very healthy for the environment and also reduces the consumption of natural resources, while helping the economy with the generation of more jobs due to the setup of recycling centers.