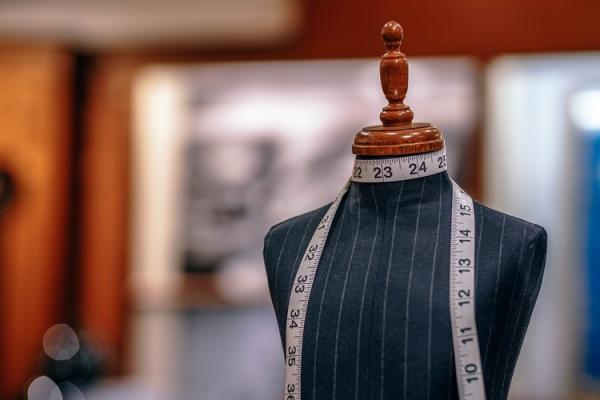 "We don't have enough resources to keep feeding this monster."

These are the words of warning about the new clothing industry from the CEO of Traid, Maria Chenoweth. Traid is a UK charity that is working to stop clothing from being thrown away.
Stop throwing away so many plastic bags by replacing them with reusable ones.

Chenoweth says the average lifetime for a garment in Britain is only 2.2 years; analytics company McKinsey & Company's State of Fashion report has found that more than half of "fast-fashion" items are thrown away in less than a year. This trend is made worse by what a member of British parliament describes as the "the Instagram look and chuck mentality."

One estimate of just how much clothing ends up in landfills in the UK is 11 million items a week. This equates to 300,000 tons a year!

The statistics in South Africa are hard to track, but the move towards disposable fashion is just as clear. This is not helped by the rise of brands such as H&M.
A recent survey by Gumtree SA, a South African classifieds, shows that 65 percent of those who responded own at least 10 items they have never used!

On several levels, excessive fashion consumption is environmentally damaging. It is also, according the many experts, unsustainable. Stephanie Campbell, of UK campaign Love Your Clothes believes,

"...the single most important action we can all do is to prolong the life cycle, which starts by never putting clothes in the bin."

Stephanie Campbell of Love Your Clothes

(A bin is British slang for trash can.)

Increasing awareness of this issue has led to a growing eco-movement in favor of second hand clothing.
Purchase your next lanyard with second-hand clothing in mind by purchasing one made from recycled water bottles.

"...from reselling, recycling, gifting, swapping, and reusing, the second-hand industry is becoming one of the largest growing consumer segments."

Online trading sites, such as South Africa's Gumtree, are booming when it comes to this category. Globally, there are new specialty websites for pre-owned designer clothing. These include HEWI, which stands for Hardly Ever Worn It.

Even department stores and top fashion designers are buying in. Selfridges, the famous UK chain, had a second-hand pop up store last year. Designer Stella McCartney, daughter of Linda and Sir Paul McCartney, launched a campaign she called "The Future of Fashion is Circular". The goal is to urge consumers to purchase items that retain value, and then resell it, extending its lifespan and avoiding landfills and incinerators.
Avoid landfills and incinerators by purchasing your promotional items from Custom Earth Promos.

"The status issue was big for so many people—they weren't confident to admit to buying second-hand, but now it seems smart, savvy, and eco-friendly. Previously unthinkable second-hand niches like wedding dresses and matric dance outfits are growing all the time."

The second-hand market makes even more sense in a tough economy.

"You win both ways by making money on your old clothes and saving money on the replacements."