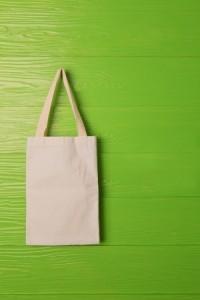 In an attempt to go eco-friendly, Daylin Leach, State Senator of Pennsylvania brought in a new bill in the committee. According to this bill, retail store owners in the region will have to charge their customers a fee of 2 cents for every plastic bag that the customers ask for. As of now, this rule is only applicable to those retail stores that have a gross sale of more than $1 million. Out of the fee of 2 cents, one cent will go to the store itself which it can use for improving its recycling efforts. The other cent will be given to the state fund which will be used for widening the recycling program.

Leach said that this move was taken by him to promote the use of eco-friendly shopping bags among the residents of the state. He is hopeful that this law will make consumers opt for options like cloth bags, custom canvas bags, totes and other reusable bags.

Leach also revealed that he thought of bringing in such a bill after he read about the birds and animals that get killed due to plastic bag waste every year. He showed his concern over the matter and said that plastic bags clutter most of the areas in the state and also contaminate the waterways. This cluttering and contamination leads to the death of millions of birds and marine animals every year. In addition to that, he mentioned that there is a huge plastic waste island in the Pacific Ocean as well as in the Atlantic. The use of plastic bags is not a sustainable option and this new bill is one small attempt of trying to save the environment.

Most of the consumers are quite happy with the new bill. Due to increased awareness about the plastic waste issue, many of them are ready to replace plastic bags with eco-friendly shopping bags. Bobbi McGettigan, one of the residents, said that reusable bags are much stronger and reliable than plastic bags which make them a better option.

On the other hand, there a few that believe plastic bags can be used for many purposes other than carrying supplies. They also feel that a small fee of 2 cents for a single plastic bag is not going to change the habit of people. On the whole, the bill is still getting mixed reactions from the consumers.