Redesigning Earth's Growing Food Issues to Try to Round Them Out

Redesigning Earth's Growing Food Issues to Try to Round Them Out 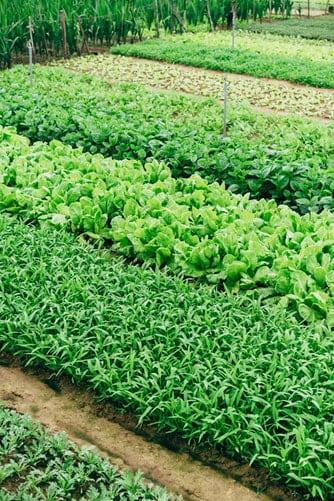 A new report claims that pesticide exposure, antibiotic resistance, air and water pollution, among other factors, caused by industrial food production could kill five million people a year by 2050!

This is four times the number of deaths caused by global traffic accidents!

Preventing this requires local food production, eco-friendly production, eliminating waste, and designing and marketing healthier products. This is according to a foundation set up by record-breaking British sailor Ellen MacArthur.

Redesigning the industry into what is known as a circular economy would do several things. This includes reducing health costs, saving land, saving water, and creating new business opportunities. This claim came from the same report; launched Thursday at the World Economic Forum.

Cities themselves could be important catalysts. Eighty percent of all food is expected to be consumed by 2050.

Under the current linear system, food enters cities where it is processed or consumed. Only a small portion of leftover organic waste, in the forms of discarded food, byproducts, or sewage, is reused. In a circular economy, raw materials and byproducts are reused. Very little is wasted.
Waste very little by getting your promotional items from Custom Earth Promos.

Cities would need to source locally produced food in ways that could regenerate the ecosystem. They would need to distribute the surplus to those who could not afford it. They would need to turn byproducts into new products—everything from fertilizer, to feed, to materials for bioenergy.
Use byproducts to your advantage and purchase a lanyard made from organic cotton, bamboo, or corn.

According to the report, the benefits "could be worth $2.7 trillion a year to the global economy." In contrast, the "extractive, wasteful, and polluting nature" of current food production costs society $5.7 trillion a year globally. This is through costs to both human and environmental health.

"What you eat matters, but how it has been produced matters as well. You could very well be eating healthy, but still be exposed to the negative impacts because of the way food is produced. We are at an absolutely critical point."

Agriculture and forestry, among other land uses, are responsible for a quarter of the greenhouse gas emissions heating up the planet; according to the United Nations Food and Agriculture Organization (FAO)!

Unfortunately, one-third of all food produced, totaling nearly $1 trillion, is wasted globally every year! FAO figures show this occurring even as 821 million people go hungry and one in eight adults are obese!

Last week, unveiled what they believe is the ideal eco-friendly diet for the first time. It involves doubling the consumption of nuts, fruits, vegetables, and legumes, but halving meat and sugar consumption.