When in Doubt, Dry It Out: Cutting Food Waste in Uganda

When in Doubt, Dry It Out: Cutting Food Waste in Uganda 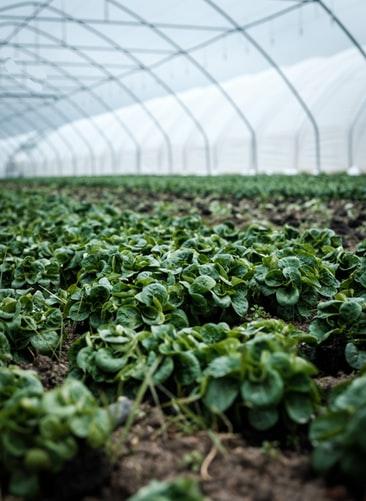 At their workshop in a suburb of Kampala, the largest city in Uganda, East Africa, Lawrence Okettayot and his business partner, both in their mid-20s, drilled holes and screws into a wooden, steel-lined box designed to dry out food in an eco-friendly way.

Their invention, a low-tech thermal dehydrator, can be used to process fruits and vegetables , including mango, banana, and pineapple; okra and eggplant. This will stop them from spoiling.

The dehydrator gets its heat from briquettes made from discarded paper, among other natural material, including garden waste.
Put your discarded paper to good use by turning it into flowers.

Food waste is a big problem for Africa. About half of their crops are lost due to poor harvesting techniques and handling afterwards, according to the UN Food and Agriculture Organization.

Okettayot had his light bulb moment back in 2016. Out of frustration, his uncle quit farming over his produce going to waste because he could not find a ready market. Having grown up in northern Uganda, where an active two-decade long revolution by a brutal rebel group caused widespread food shortages, Okettayot had to think hard for a solution.

After earning degrees in mechanical engineering, Okettayot and a childhood friend of his embarked on making their first dehydrator. It worked well and was, according to Okettayot, a "good inspiration."

Since then, 43 dehydrators have been produced and sold to individual farmers across Uganda, Rwanda, Zimbabwe, and Burkina Faso. They now have plans to ship some of their products to the Central African Republic and Mauritius.

The "spark dryer" has a steel-lined chamber which is insulated with a thick layer of wool, designed to reduce heating loss, and a fan on top allows air to flow into the heating chamber so that few briquettes need to be burned. The heat is then transferred to the drying zone, where the sliced food is stacked on shelves.

In Uganda, 30 percent of crops are lots every year after harvesting. Fruits and grains are the most affected, says Spokesman for the Ministry of Agriculture Solomon Kalema.

This East African country has few food processing hubs. Kalema said that government plans to install them at a regional level had not been implemented due to limited funds.

Usually, farmers prefer to sun-dry their leafy vegetables. They contain little moisture and are quick drying, noted Kalema. Fruit, however, takes much longer out in the open, especially during the wet season, so most farmers end up leaving them to rot.

"This affects the quality of commodities and also farmers' earnings."

Spokesman for the Ministry of Agriculture Solomon Kalema

Kalema added that the government relies on extension workers to train farmers on keeping their produce in good condition, but the number of available agents is stretched thin due to budget constraints.

Samalie Namukose, a principle nutritionist at the Ministry of Health, believes that the government should invest in cheaper dehydrators, like those made by Okettayot, to help support local farmers.

"It's something new to many, and there is need for more publicity about it."

Namukose added that normally, dehydrators, which are mostly solar-powered, are expensive and beyond the means of low-earning farmers, even though they are cost effective.

On the Ugandan market, a typical small, solar-powered dehydrator costs more than 2 million Ugandan shillings (about $542 USD), while a large model can cost as much as 9 million shillings or more (about $2,436 USD)!

Okettayot is aiming for something much more affordable. His small dryers are priced at 450,000 shillings (about $122 USD) and a large one is double that.

The machine claims to be eco-friendly, in part because it doesn't make heat from charcoal, Uganda's most common energy source with 90 percent of the population still using it for cooking.

Pader district in northern Uganda, where Okettayot's hometown is, has become a hub for commercial charcoal production.

Charcoal is produced by smoldering wood, which has contributed to a 63 percent loss in forest coverage in the last 25 years, according to the National Forestry Authority.

Okettayot hopes that his product can help protect forests by offering an alternative. The briquettes they use are made of waste paper, among other materials, which includes fruit peels, sawdust, and clay soil. The ingredients are mixed with water, molded into balls, and then dried.

Okettayot's partner mentions that their dehydrators heat up more slowly than if charcoal was to be used reducing the risk of burnt food.

Pader resident, Christine Christine Anek, was trained to make briquettes from garden waste by Okettayot at an outreach session. She now sells dried fruit snaks to supplement her daily income from both nursing and farming.

The inventors are planning to fight food waste at the village level through a system that can help farmers afford dehydrators. They'll form groups, which will receive units on credit, and pay in installments.

Before the pair can expand their business, however, they'll need more skilled labor.

"Our goal is to open up an academy where we can train many youths, but this will time and preparation."