192,000 Tons of Meal Kit Freezer-Pack Waste Ends Up in the Landfill Every Year

192,000 Tons of Meal Kit Freezer-Pack Waste Ends Up in the Landfill Every Year 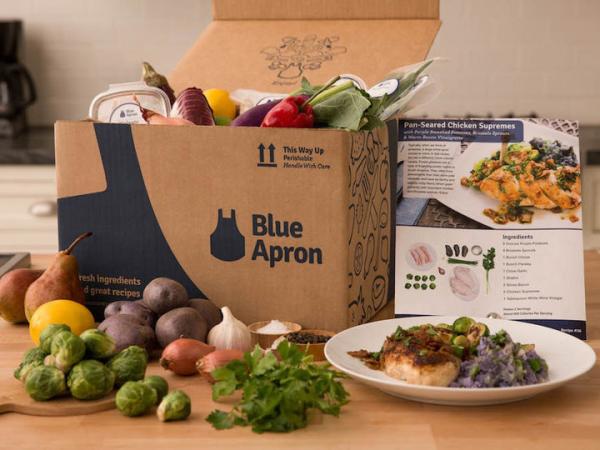 Cardboard boxes, miles of shipping, plastic baggies that hold a single ingredient ... these are just some of the pollution pet peeves caused by meal kits that can drive any environmentally conscious consumer crazy. If you've ever ordered from a meal kit delivery company like Blue Apron or Hello Fresh than you know exactly what I'm talking about.

Though these items found in meal kits are harmful to the environment, it's actually another part of the package that really makes a profound impact, however, few people seem to be talking about it which is surprising because it's the biggest and heaviest thing found in each meal kit. Yep, you guessed it. It's the freezer packs that are used to keep your produce cold while it's being shipped.

To put it into perspective, Blue Apron now ships over eight million meals per month. When Mother Jones did the math, they worked out that if each box contains about three meals and two six-pound ice packs, that's a whopping 192,000 tons of freezer-pack waste every year from Blue Apron alone – resulting in some "trashy" consequences to say the least.

When BuzzFeed examined Blue Apron's two-person meal plan consisting of three meals, this is the waste that remained after cooking:

Times that waste by the number of Blue Apron customers who opt for the two-person meal plan each month, and you've got yourself one massive environmental catastrophe.

Blue Apron and other major meal-kit service companies don't seem to have a good one. Donating meal-kit freezer packs to the Boy Scouts or suggesting customers cut open the freezer packs and pour the goo down the toilet are not long-term eco-friendly solutions.

There are Swedish researchers out there, however, who have developed an alternative made from biodegradable plant materials instead of fossil fuels. The only problem is, the companies dishing out millions of meal-kit, freezer-pack waste aren't interested and don't have any plans to change their toxic freezer pack system anytime soon.