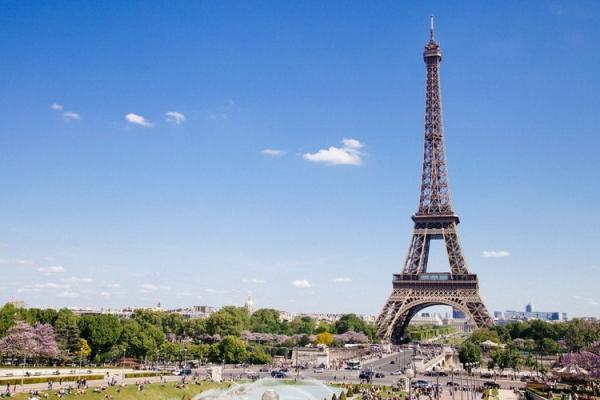 All across France, activists have been taking down official portraits of President Emmanuel Macron to protest what they believe to be his "inaction" against climate change. Now, they face up to 10 years of time in prison.

The first of several trials began on Tuesday in the town of Bourg-en-Bresse, located in eastern France. Around 300 activists showed up to support the 6 defendants. They chanted "We're all portrait removers!"

These six people are accused of "group theft by deceit" and face both potential jail time and substantial fines for removing Macron's official presidential portrait from town halls around the country.

However, they may be able to escape jail time. Prosecutor Eric Sandjivy has requested fines of €2,000 (euros; about $2,235) against five of the six for charges of theft and refusal to provide DNA samples. The sixth, charged only with theft, faces a fine of €1,000 (about $1,117).

The portrait removal has called attention to Macron's pro-business strategy; notably, as young people are taking to the streets to demand more planet-friendly strategies after France's Greens Party saw its support jump in the European Parliament election this week.
Be pro-business and planet friendly by purchasing your next set of promotional items from Custom Earth Promos.

Domestically, activists accuse him of lagging on promises to wean France off of fossil fuels. Internationally, however, Macron is vocal about fighting climate change. He sees himself as the voucher for the UN's Paris climate accord from 2015. He has even challenged President Donald Trump on the issue, inviting US scientists to do research in France under the country's "Make Our Planet Great Again" program.

Nine other trials are scheduled. Thirty-six people are accused of taking down 40 portraits.

"I'm convinced of a climate emergency and floored by the fact that nothing is happening in France. My action was legitimate. Taking down Macron, that makes sense.

Activists complained about the heavy sentences.

"While we're conscious of the risks, we are only taking symbolic action."

The two women, along with four others, took down the portrait from the town hall in Jassans-Riottier. They called this an act of civil disobedience. All six of them had previously clean police records.

The threat of prison isn't a deterrent. More than 100 portrait removals are scheduled, most notably during the lead up to the G7 summit in the southwest city of Biarritz in August. This annual international conference is where world leaders, especially the seven most industrialized democracies in the world, and world organizations, such as World Bank and the UN, get together to discuss the global economy.

Greenpeace, among other activist organizations, are trying to send the French state the court. Their goal is to force it to respect environmental concerns.

Macron tried to raise fuel taxes last year, but this led to the yellow vest protests. Protesters complained that the average French worker was being hit too hard by taxes. In response, Macron backed down and delayed the tax increase.

According to Eurostat, France is behind in its European commitments in terms of renewable energy. It ranks second to last compared to other EU countries.

Macron's government delayed the goal of decreasing the share of nuclear in its energy mix. It is currently at 71 percent; the 50 percent goal was pushed from 2025 to 2035.