Simple Tips on How to Begin Going Green in 2018

Simple Tips on How to Begin Going Green in 2018 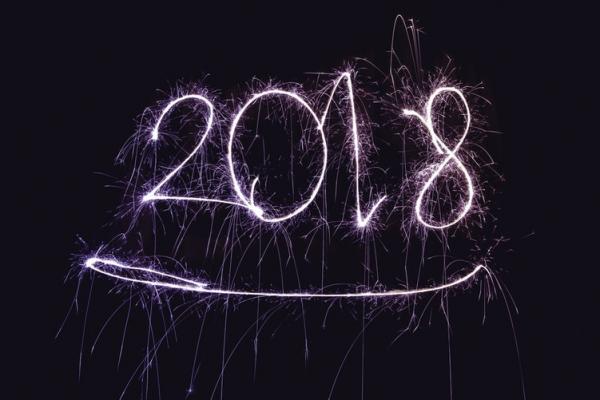 It's January, 2018, and most people have already made their New Year's Resolutions. These include things such as losing weight, changing careers, going back to school, spending more time with their families, (the ever popular) join a gym, among many others.

Now it's almost 2 weeks into the new year and it's time to put these resolutions into practice.

But what if one of your resolutions is to begin going green or being greener and you aren't sure what to do? Here are some tips on how to go green in the new year:

Large brown paper bags aren't very easy to carry. Plus, all of that paper wastes a lot of trees. They don't deserve to die in the name of humanity. Trees take in the carbon dioxide we produce and breathe out fresh oxygen. Plus, who wants to look at a bald mountain or Palm Tree free beach? A brown, dying Earth is a pretty scary sight.

Plastic bags, on the other hand, might be easier to carry, but they too hold much danger. Even if you reuse plastic grocery bags the bag is eventually thrown away. This plastic sits in landfills, which leach toxic chemicals into our ground water and soil. Smelly mountains are not pretty mountains! Another danger is the ability for that landfill to end up on the beach. Beaches covered in trash create pollution for beach-goers and "unfun" sights for tourists. That trash also has the potential to be washed into the ocean. If a plastic bag ends up bobbing around the deep, open water, to a Leatherback Sea Turtle, that looks just like their usual lunch of tasty Jellyfish.

You can find reusable tote and grocery bags on Custom Earth Promos for promotional use in wholesale quantities.

Say Goodnight to Your Electronics.

An article from HGTV suggests that you put your computer into sleep mode, but why not take it a step further with hibernate? Most people might not know the difference between hibernate and sleep mode. Most also know that sleep mode is a safe way for your computer to boot up faster in the morning. However, a small amount of electricity is being used to keep the computer from shutting down in sleep mode. With hibernate mode, your computer's current state is backed up to the hard drive and saved, ensuring that you can pick up right where you left off. It still boots up quicker than it would if you had selected shut-down, but unlike sleep mode--it turns off completely when you close it for the night.

When driving on the highway, do you really need to travel as fast as everyone else? As long as you are following the flow of traffic, and the speed limit, a drop of only 10 miles can save you up to 15 percent in gas. Keeping the air filter clean, the tires inflated, and the engine healthy will help that drop be an accurate one.

When it comes to grocery shopping, everyone loves fruits and vegetables. Buying local fruits and vegetables when they're in season, creates less pollution. For example: Oranges are one thing Florida is known for. Stores are stocked full during citrus season. Any other time of the year, the oranges are from California. That's a long drive for some oranges! Buying local produce cuts down on the gas used to get the produce from the farm to the table.

Another good tip is to drop the temperature in the shower. When most people think about water, they think about the refreshing liquid and not the money in their wallet. By saving water, you save money on your water bill. But what about your electricity bill? For people who don't pay for water, they can have a cavalier attitude towards wasting water, but they are still paying for it. It takes electricity, which everyone has to pay for in this day and age, to heat the water. The longer you let it run when hot, the more electricity you use. Turn down the temperature and take a warm shower, and not only will you save hundreds in electricity, but it's better for your skin and you still get just as clean.

Coffee--It's Not Just for Drinking Anymore

It's even easier to save money on coffee in today's world by brewing it at home with a Keurig machine. The reason this is not as green as it seems, even though you are not wasting beans, is due to the k-cups themselves. They consist of single use plastic pods that are thrown away. To combat this, two suggestions are to either skip the k-cup and use a conventional coffee pot, or a French press. Extra coffee can be stored in a pitcher or frozen into ice cubes which won't water down your next cup of iced coffee. The left over grounds can then be used in many ways. But if you just have to have your Keurig, fear not: the brand San Francisco Bay is a brand that is not only deliciously rich, but the coffee is fairly and directly traded according to their blog. The pods are also certified 100% industrial compostable. The body is made from a piece of netting that fits snuggly in multiple Keurig models, instead of Earth harming plastics. This is one of two brands available that can jazz you up in the morning while not harming Mother Earth.

Now the ball is in your court. There are plenty of ways to begin going green. These are good starts. If you are new to going green, think about how you can put these tips into practice. Just a few simple changes can save you a lot of money, and it can save the Earth a lot of pain.