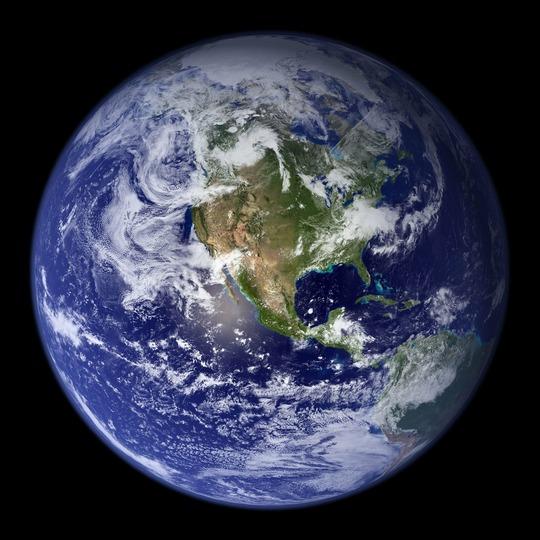 Earth Day is on April 22 but Google is celebrating one day early and is using today's doodle to promote an important message about our conservation efforts and ultimately, climate change.

The Earth Day-themed doodle, designed by doodler Sophie Diao, is presented in a series of child-like illustrations that tell the tale of a fox having a nightmare about the consequences of climate change. Throughout the nightmare, the fox encounters dead coral reef and marine life which is timely considering that just last month, scientists confirmed

Throughout the nightmare, the fox encounters dead coral reef and marine life which is timely considering that just last month, scientists confirmed large sections of Australia's Great Barrier Reef to be dead – a real life tale that reflects the health of our seas.

In the following frame, the fox can't bare to look at the melting glaciers and icebergs. The fox doesn't witness the devastation of its own habitat but that doesn't stop the omnivorous mammal from taking immediate action after waking abruptly.

With the help of two friends, the fox begins to make small changes to everyday habits and lifestyle choices that will help save the planet. Together the animals choose a veggie diet over meat,  plant new crops, ride bikes, invest in solar energy, and conserve electric. It's only after all of these conservation efforts have been taken that the animals are able to sleep soundly knowing that they did their part to help fight climate change.

When you click past the doodle on the search icon, you'll uncover simple "Earth Day Tips" to help you do your part as well ways you can support key conservation efforts including the World Wildlife Fund, The Ocean Agency, and The Jane Goodall Institute.

As well as a visual message, Google also sends a literal one: "Today, we honor the rich, vast Earth that's sustained generations before us and continues to nurture life and inspire wonder. At an estimated 4.543 billion years of age, the Earth is still the only known object in the Universe known to harbor life. It's also the densest planet in the Solar System and the largest of the four terrestrial planets. That's quite an awe-inspiring roster of qualities if you ask us."

Like the fox and its diligent friends, let us come together this Earth Day to celebrate our beautiful planet and fulfill our quest to protect and nurture the environment and do our utmost best to put a stop to climate change.