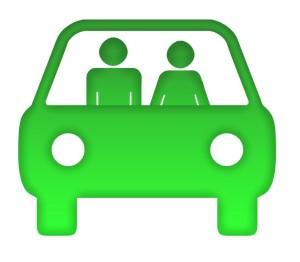 The list of finalists for this year's Green Car Technology Awards' has been announced. These awards are designed to commend the efforts of car companies that make efforts to try and produce eco-friendly car models. At present, around 10 eco-friendly cars have been shortlisted for this award, and the winner will be announced at the Washington Auto Show. The auto show is expected to take place on the 31st of January, 2013.

Green Car Technology Awards are organized by the Green Car Journal. Keeping in mind the scarce availability of fossil fuels, these awards will be given to car companies that have made efforts to use alternative sources of energy in their cars. These awards look for three main criteria in the cars, that is the emission rate, the fuel efficiency of the car, and the type of fuel that the car utilizes. Cars that score highly under all these categories are eco-friendly in nature, and cause minimal damage to the environment when compared to other cars that run on petrol or diesel.

According to the Publisher and Editor of carsofchange.com and the Green Car Journal, Ron Cogan, green or eco-friendly cars have a higher level of fuel efficiency, and have minimal emission rates as well. Therefore, they help save natural resources, and cause minimal pollution. So a car can run on regular fossil fuels such as petrol and diesel, and still be green or eco-friendly in nature due to the fuel-efficient technology installed in it.

The companies that have been nominated for this award due to their encouragement of the manufacture of eco friendly promotional items are Ford, Honda, Nissan, Fiat, Fisker, Toyota, Tesla, and Mazda. Ford has the maximum entries in the final list. Three of Ford's cars have been nominated for this award; these include, Ford EcoBoost, Ford Auto Stop-Start, and Ford Energi.

To promote the production of eco-friendly sports cars, the awards committee has nominated the Fisker EVer in this category as well. The other cars that have made the list include the Toyota RAV 4 EV, the Powertrain from Tesla, and the SkyACTIV by Mazda. One of these cars will be announced as the winner towards the end of the month.