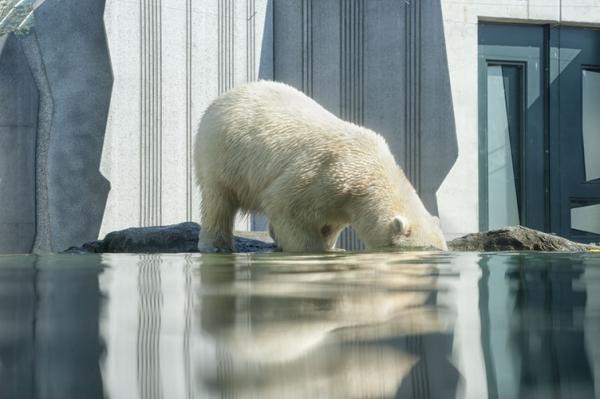 A sprawling and hyperambitious initiative, the Green New Deal aims to stem both global warming and economic inequity. Championed by Rep. Alexandria Ocasio-Cortez, to date, the serious proposals for reversing climate change have been both market-based and incremental. This includes credits and offsets for carbon emissions, capturing and storing atmospheric CO2, biofuel production, and building handfuls of "next gen" nuclear plants.

The ten key points of the deal are:

According to the CalAlumni Association from UC Berkeley in Berkeley, California, here are some points raised by naysayers:

Ambitious Demands Without Plans for How to Achieve Them

In an opinion piece posted in the conservative website The Bulwark, Steven Hayward, a senior resident scholar at the Institute of Governmental Studies and a senior fellow at the Bipartisan Policy Center at UC Berkeley, lambasted the Green New Deal for both “its economic…and environmental illiteracy.”

Climate change orthodoxy says we need to do exactly what the Green New Deal proposes—the virtual elimination of all fossil fuels on a very short timeline. And if you take this scenario seriously, it would mean elimination of fossil fuels is necessary for the entire world—not just the United States. Never mind that the Green New Deal proposes no specific and measurable technologies. The point is that none of the previous climate policy initiatives, whether the Kyoto Protocol of 1998, the Paris Climate Accord of 2015, or President Obama's Clean Power Plan came anywhere close to this emission reduction target....There's also the economic fact that if the United States were to eliminate its reliance on fossil fuels, this would drive the price of oil down, allowing developing countries to use more in their drive to modernize."

Similarly, the Berkeley Haas School of Business acting associate dean for academic affairs and business administration professor Catherine Wolfram says that the deal is by far the most aggressive climate change response ever proposed. It is, however, short on details. This concerns her.

"Calling for 100 percent renewable sources rules out all nuclear power, carbon sequestration, and biofuels. It puts tremendous emphasis on energy efficiency, but from my research, those claims are overstated."

Overemphasis on Wind and Solar Power

Wolfram also says that the Green New Deal's focus on wind and solar power would create a critical vulnerability in the production and delivery of energy.

"If the sun isn't shining or the wind isn't blowing, you're not producing energy. Storage still remains the big problem with wind and solar. We really haven't figured out a way to scale battery storage to make up for energy loss when wind turbines and solar panels aren't producing. Nuclear plants, of course, can just keep cranking away."

The Green New Deal basically rejects nuclear power. This falls short with a growing number of environmentalists, who, even though long opposed to nuclear power, are willing to consider it.

Whole Earth Catalog founder Stewart Brand openly supports it. Richard Muller, a Cal physicist and co-founder of Berkeley Earth, a nonprofit group that measures analyzes planetary temperature data, insists that the broad and unmistakable acceptance of "next gen" nuclear power plants is essential for slowing and ultimately reversing climate change. ("Next Gen" nuclear plants are less susceptible to the catastrophes of current plants, such as core meltdowns.)

Not everyone thinks that the cons outweigh the pros. Supporters include Mark Delucchi. Delucchi is a research scientist at UC Berkeley and Lawrence Berkeley National Laboratory. Delucchi has some issues with the Green New Deal, but emphasizes that his analytical work is seperate from his political views. From a philosophical perspective, he applauds the deal for its boldness and range.
Let Custom Earth Promos supply your business with a range of eco-friendly, sustainable promotional items.

"This is a big idea, Like Medicare for All is a big idea, and that's important. It address basic issues, including commitment to the public good. It confirms our responsibility to sustainable development in the broadest possible terms, and to people who are most vulnerable to the vagaries of the marketplace."

Delucchi says this strategy marks a shift from business as usual, both for climate change response and economic inequality.

"It's a dramatic shift from the market-driven, incrementalist view, and it points to an alternative path for the future. So I'm personally very excited about these conversations."

Unlike some of his peers, he isn't upset at the deal's rejection of nuclear and biofuels. Even next gen nuclear plants come with potentially catastrophic risks, claims Delucchi. Even though they are much lower than those posed by older designs, there is no way to reduce these risks to zero in any situation where hundreds, or even thousands, of plants are deployed. another factor is the cost. Nuclear plants are, and will likely remain, extremely expensive to plan, site, and build. The long time frames associated with construction are unlikely to shrink any significant degree.
Shrink the number of plastic bottles in your trash by purchasing a reusable water bottle.

Solar and wind, on the other hand, are both well developed and relatively inexpensive. They are not only scalable, but past experience has demonstrated that they can make it through both permitting and construction fairly quick.

"So when you look at the real costs and lag times of nuclear plants, even modular, smaller, 'safe' next gen plants, they don't make much sense."

Delucchi also thinks that biofuels are problematic. Their production and use put carbon into the atmosphere. Biofuels use less carbon than fossil fuels, but it's still a significant amount. This is obviously no good for a dangerously overheating planet.
Add less carbon to our dangerously overheating planet by choosing reusable grocery bags instead of throwing away more single-use plastic.

"Biofuels require a lot of land for production—land that typically has higher uses, including food production and environmental remediation."

He acknowledges that solar panel arrays have large footprints, but he also notes that a significant portion of this can be reduced by sitting panels in already developed areas. This includes rooftops, and what the EPA refers to as "brownfields." As for storage problems, it may be possible for concentrated arrays to store the heat from molten salt to generate power for wind turbines when the sun is not shining.

Delucchi also says that it may very well turn out that wind, water, and wolar aren't the answer. A system relying solely on sustainable sources may prove to be so expensive that nuclear power may be needed for the final five to ten percent of production. He insists that this represents a much healthier mix than one where nuclear takes most of the burden.

No one knows how the pie will be cut, but Wolfram, despite being overly critical of the deal, agrees that the Green New Deal's greatest value is in its broad strokes rather than the little things.

"You can argue forever about the final five to ten percent, and frankly, I'm not at all surprised by the diametrically opposed views it's stirring up. Mitch McConnell wants a vote on the Green New Deal in the Senate, and I'm assuming that's his attempt at derision. But my 15-year-old daughter has heard about the GND, and so has my politically disengaged 23-year-old niece. I consider that a huge win."