More Than Half of Americans Are Too Afraid to Stand Up to An Environmental Bully, Study Says

More Than Half of Americans Are Too Afraid to Stand Up to An Environmental Bully, Study Says 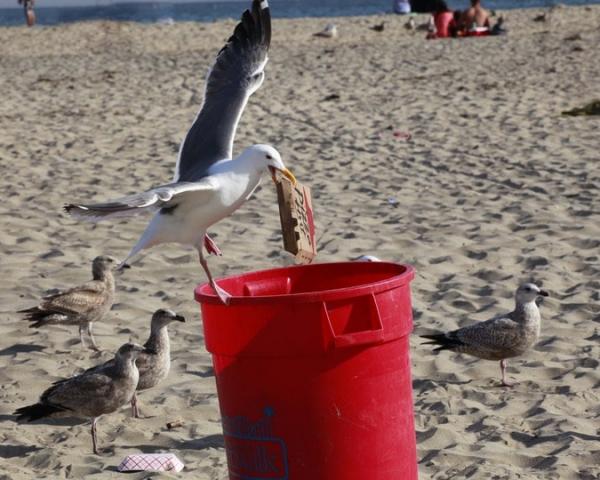 Have you ever witnessed someone throw trash into a lake or leave remnants of their plastic picnic behind at the beach? How about seeing someone throw away items that you know could have been recycled? If these environmental antics bother you, you're not alone.

According to a SaveOnEnergy's latest study of 2,000 Americans, there's a long list of pollution pet peeves that irk people but for whatever reason, whether it be fear or lack of confidence, 54 percent of Americans surveyed said they have never confronted a person because of his or her environmentally irresponsible behavior.

Notably, though, over 30 percent of those surveyed would be 'likely' or 'very likely' to call these environmental bullies out in the future.

What do bothersome litterers get up to that peeve people the most? The most offensive type of civilian pollution is when a group of people leaves the beach and leaves behind trash such as beer bottles and plastic food wrappers. When it takes an estimated 1 million years for a glass bottle to decompose, can you blame people for getting upset?

Other anti-environmental actions like throwing cigarette butts into a gutter and purposely leaving your lights when you're not home also made the list. Here's a look at the top ten biggest environmental offenses. 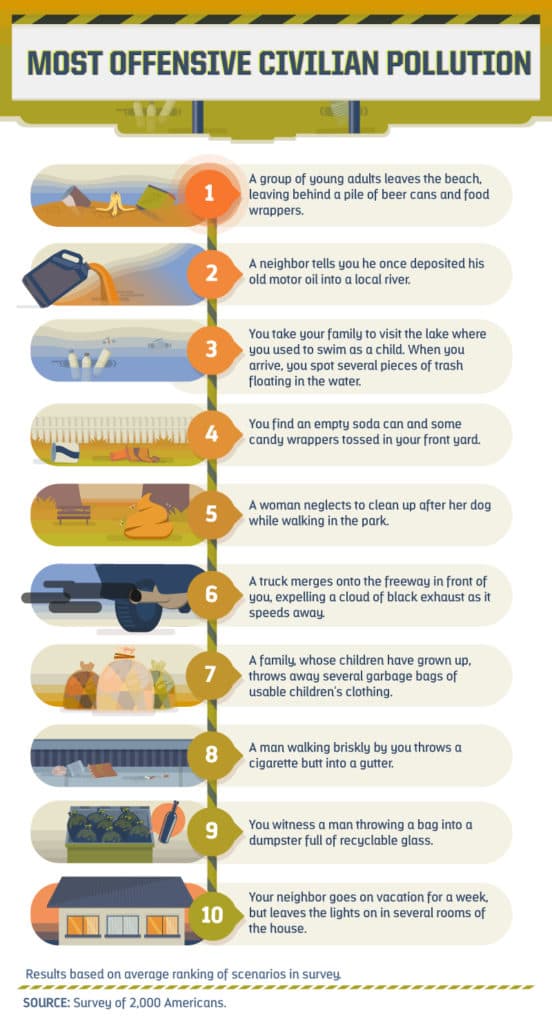 Support for Environmental Businesses is On the Rise

At Custom Earth Promos, we pride ourselves on the support we receive from our customers for our eco-friendly products and commitment to the environment, so perhaps our favorite takeaway from the study was finding out that 88 percent of Americans would be more likely to support a business if they were "environmentally responsible." Yet sadly, only ten percent of respondents would be likely to express concern to an environmentally irresponsible business in the future.

Overall, it's clear Americans share similar sentiment towards the environment and how it should be taken care of but when it comes to standing up against those who don't agree, many of us don't feel confident enough or safe enough to do so.