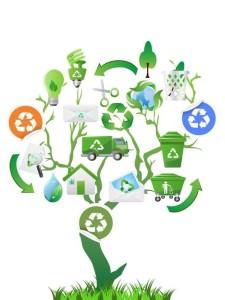 The Hickory Church of Christ was named the winner of the Kraft Barbecue Bash Contest which was held at a national level. Kraft Cheese and TerraCycle, (the recycling pioneer) joined hands to organize this contest. They encouraged entrants to recycle as many cheese wrappers as possible between the 1st of June and the 31st of July,2013 in order to win cash and prizes.

Hickory Church Puts in Its Best to Win the Recycling Contest

Hickory Church of Christ submitted nine thousand wrappers to TerraCycle's countrywide collection program – The Cheese Packaging Brigade. The event, jointly conducted by Kraft Cheese and TerraCycle, a pioneer organization in recycling products, aimed at ensuring that cheese wrappers are not dumped into landfills. The program also worked towards raising funds for charity.

Participating in the recycling contest was not as easy as it sounded. To begin with, members of the church made every effort to obtain recyclable cheese wrappers from shops and other community members. To cite a few examples, a pizza restaurant in the neighborhood saved all its cheese bags in an attempt to help the church win the contest. Wrappers were also collected from friends, family and co-workers to build up the pool of resources available.

The church was awarded a cash prize of two and a half thousand dollars which would be used for its pantry. It also received two and a half thousand dollars to throw a barbecue party, complete with gifts and prizes. In addition, the church received two grills – the first one to be kept by the church and the other to be raffled off during the picnic. A picnic table made from cheese packaging completed the winner's bounty. The celebration bash was enthusiastically held on the 6th of September,2013 from five to nine in the evening.

TerraCycle, Inc. has taken the initiative to transform hard to recycle packaging into reasonably priced, novel products which are sold online or through key retail outlets. Waste is accumulated through fund raising Brigade Programs that pay for the recyclable material that is gathered and given back.

Create Awareness About Saving the Environment With a Recycling Contest

Businesses must learn a lesson from TerraCycle which has taken up the challenge to promote a sustainable lifestyle among people. The company strives to convert waste into innovative articles, thus saving resources and energy while creating awareness among the masses.

Similarly, if companies start using eco friendly promotional items, made from recyclable material, they will be able to create awareness about saving the environment. Distributing eco friendly gifts to regular customers, offering a free eco friendly promotional item on the purchase of certain goods or on purchases amounting to a certain sum can be used as strategic marketing tools. Such measures also help in boosting the long run performance of the company since people feel that they can contribute towards saving the environment by using brands that support the cause.