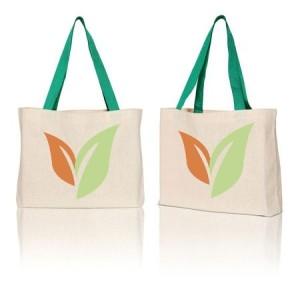 Plastic bags are being banned in many parts of the country. The latest of cities to join this green bridge is Evanston. In a recently held civic forum, many of the town's citizens gathered to discuss this issue and the best solution for it without disrupting normal life too much.

What Do the Residents Have to Say About Eco Totes?

You probably would expect a hullabaloo on the ban because a product being used every day will shortly not be that easily accessible as it was earlier. However, Evanstonians understand the highly hazardous effect plastic has been having on many parts of the environment. The forum was organized to get the masses' feedback and inputs for the ban. The result was promising.

Many people pointed out that some plastic bags would be necessary, for example to collect garbage and pet waste. Hence, an outright ban may not be effective. They also rightly highlighted that people respond better to incentives on doing a good deed rather than being forced to do so by bans. So apart from placing a restriction, it was also suggested that people who adopt green measures are also rewarded in some manner. This would influence even non-green people to adopt the green route!

Eco totes, another name for reusable and recyclable bags, have become vastly popular in those cities that have already implemented similar bans. Evanstonians were also explained the benefit of having a bag that does not cost much, can be used several times and can also be recycled when no longer in use. They were advised to use recyclable bags as much as possible and expend its utility completely and to then start stocking up on such reusable bags for future shopping. Noted people like Bring Your Bag executive director Jordan Baker, who was also present at the meet, hoped that the ban would be more widespread than those placed in other cities like Chicago, which still allow plastics in dine-ins and carry-out restaurants.

People All over the Nation Are Sticking to Their Eco Totes

Chicago, Washington, Portland, Seattle, Los Angeles and Ore are some of the regions where such bans have already been placed. By using eco totes and other such eco-friendly shopping bags, a dramatic reduction in the use of plastics has been achieved, the reduction being 60-90 percent. Following their example, Evanston also wants to make it a plastic-free zone but in a manner that attracts the people's enthusiasm rather than forcing them to do so. This method should prove more effective as other citizens can more easily be influenced to adopt these green methods.