Initiative to Promote Custom Made Totes

Initiative to Promote Custom Made Totes 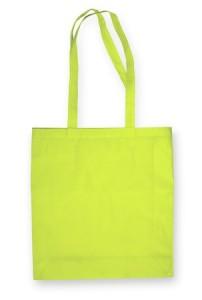 With an increased number of people becoming conscious of how planet earth is being treated, the fight against the use of plastic bags is becoming larger and larger. More city and state governments are taking an active stance on the banning of plastic bags as custom made totes are becoming the order of the day.

How Are the Custom Made Totes Faring?

The Rethink Plastic Initiative is founded on the principles of preventing the excessive use of plastic. Single use plastic bags contribute significantly to the eye sore of waste all over the planet. In addition to this, they also tend to buildup and block waterways while seriously harming marine life. As such, custom made tote bags are highly regarded as a more eco-friendly alternative.

Custom made totes are usually made of bio-degradable materials that take significantly less time to degrade into the earth. All this without the leeching of toxins into the soil.

There are a number of awareness drives being carried out to educate the masses on the ill effects of the use of plastic bags. However, as with any kind of change, there will always be a few groups that oppose the move. While a majority supports the ban on plastic bags, there are a few who oppose it. Most of the opposition comes from people who are directly affected by the ban as they usually work for plastic companies. There is something to be said for the large number of jobs being lost as a result of the ban on plastic bags, but the legislative administration overseeing the ban are doing their best to remedy the fallout.

Being eco-friendly does not mean that one cannot be stylish. Quite the opposite - incidentally - as there are a number of stylish custom made totes available in the market that are not only thought provoking but can be used as fashion accessories for a number of functions. Custom designs allow people to choose a tote bag that suits their personality and mood, all the while allowing people to know that you care about the environment and the state of the planet we leave for the future generations.