Irish-American Architect Was Designing Buildings in the Future

Irish-American Architect Was Designing Buildings in the Future 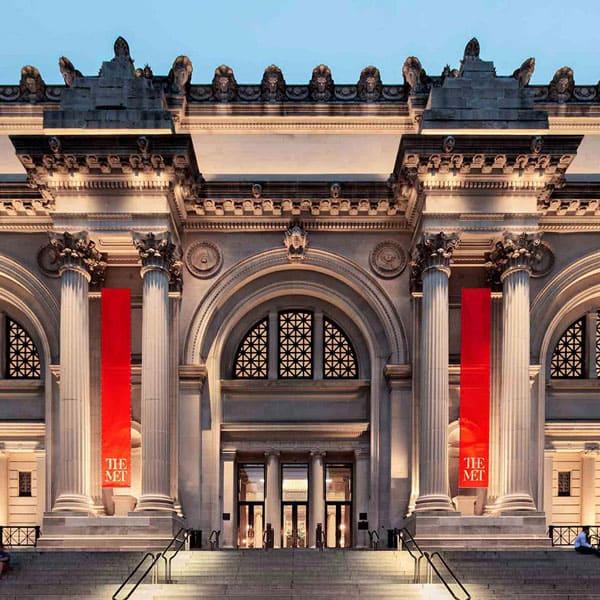 Kevin Roche was a prize winning architect who was still working well into his 90s; and according to Interiors Editor and Features Writer at the Irish Examiner, Eve Kelliher, he was creating eco-friendly buildings before they were the norm.

Although the Irish-American reached the peak of his profession, he avoided the label "starchitect" and was regarded as a puzzling mystery.
Our reusable bags are no mystery. The materials and design processes are quite clear and quite Earth friendly.

Born in Dublin, Ireland, and raised in Mitchelstown, in County Cork, Roche passed away on March 1, 2019, in his Connecticut home. He was 96. His lifetime's body of work includes the Ford Foundation, headquartered in New York City, and the Oakland Museum of California. Despite this impressive portfolio, which also includes 40 years of designing new galleries for The Met in New York, the Pritzker Prize winner had no intention of retiring.

The road to fame began in Ireland. Roche graduated from University College Dublin in 1945. He then spent two years working for fellow architect Michael Scott, where he contributed to the design of Busaras. (Busaras is the central bus station in Dublin for intercity and regional bus services operated by Bus Éireann. It is also a stop on Luas, their railway system.) After more than 60 years in the United States, his only Irish project, the Convention Center Dublin, opened in 2010.

Tonight, Irish television channel RTÉ One will be screening Kevin Roche: The Quiet Architect. It was made in association with the Irish Film Board and the Ford Foundation. It is about how Roche's father, Eamon Roche, turned his back on politics after imprisonment in the Irish Civil War (Jun 28, 1922 – May 24, 1923) and became a prominent local businessman.

One of Kevin Roche's first project was designing a pig farm for his father.
Don't be a pig when it comes to making trash. A reusable water bottle can help.

After his short time working for Michael Scott in Dublin, and fellow architect Maxwell Fry in London, Roche came to the states. He completed postgraduate studies under German-American architect Mies Van der Rohe at the prestigious Illinois Institute of Technology. Mies Van der Rohe is considered one of the pioneers of modernist architecture.

Roche has won countless awards for the designs of over 300 major buildings around the world! Among them is the Pritzker Prize, which he won in 1982. This is the highest honor given to living architects. He has also won the Gold Medal Award from the American Institute of Architects, the Gold Medal Award for Architecture from the American Academy of Arts and Letters, and the Grand Gold Medal from the French Academie d'Architecture.

Some of Roche's best known work includes the Metropolitan Museum of Art in New York. He worked on this building for almost 50 years! He also designed the Ford Foundation and United Nations Plaza. All of these buildings are in Manhattan. He also designed A Center For the Arts at Wesleyan University in Connecticut, corporate campuses for Parisian industrial group Boygues, and Spanish commercial bank Banco Standanter.

His work has been featured in every major international architecture journal. He has been described by New York Times Architecture Critic Paul Goldberger as:

"...a brilliantly innovative designer; his work manages to be inventive without ever falling into the trap of excessive theatricality."