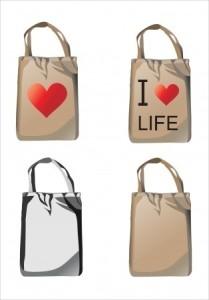 The indiscriminate use of one-time use plastic bags has been a matter of concern for a while now. They are discarded unscrupulously, tossed around by the wind and ultimately settle to pollute the waterways or clog storm drains. These discarded plastic bags cause incalculable damage to the fragile eco-system by virtue of being the least bio-degradable material.

Issaquah to Decide the Fate of Reusable Convention Bags

The ban on the use of plastic bags was enforced back in 2013 by the City of Issaquah. Small retailers have time only until July, after which even they cannot use plastic bags. However, Issaquah voters still have it in them to bag the ban. In case it is approved, Proposition 1 as it is called allows the cancellation of the ban on plastic bags. If such a situation arises, it is back to status quo. This will be a big blow to environmentalists and eco-conscious people who worry about the damage plastic waste can cause.

However, just as Jennifer Talton who voted “no” because she realizes how good the ban is for the community, it is expected that others too would do the same. This is expected mostly because people hate seeing discarded plastic bags either littering the streets, or clogging the drains and waterways of the city, adding to the woes of the authorities. Then again, people like Scott Gard, who voted “yes” believe that such important decisions should never be allowed to be taken by City Council members on their own.

Why Carrying Reusable Convention Bags Is a Better Idea?

Although the motive may be noble, it should be left to the voters to decide whether they want a ban or not. Save Our Choice, a group that lead the opposition to the ban, was the same that tried unsuccessfully to stall the ban in Seattle a few years ago. It is for thoughtful citizens to realize that putting reusable convention bags in the place of plastic bags makes a lot more sense in the broader perspective.