It is Raining Reusable Bags in Eugene

It is Raining Reusable Bags in Eugene 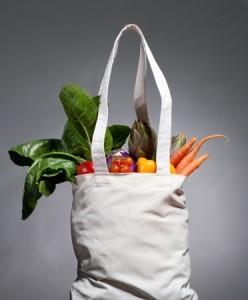 It has been half a year already since plastic bag ban was implemented in Eugene. Under this ban, stores in the region are not allowed to supply plastic bags to their customers. Instead they have the option of making available paper bags to the shoppers for which the stores can charge an amount of 5 cents per bag.

The Reusable Bags Journey so Far

Manager of Fred Meyer in Santa Clara, Henry Johnson said that most of the customers who shop at the store have started bringing their own paper sacks or reusable bags to replace plastic. He also shared some instances where customers preferred carrying their items in their shopping carts or hands rather than using any extra bags available at the store. He explained that this does not have much to do with people trying to save a few cents but with the fact that most people have understood how their support can help the city in dealing with environmental pollution.

This implies that just within six months of the implementation of the ban, people have realized how their small habits can bring in a big change in the environment. Initially when most of the shoppers in the region used to rely solely on plastic bags, a lot of plastic litter was being collected from all over the city. Ultimately most of it would not even get recycled and would end up getting dumped in the landfills.

What Do People Have to Say About Using Wholesale Reusable Bags

Tracy Brandt said the ban on plastic bags has not really had much impact on the way he shops for his groceries. He explained that he and his wife have had the habit of carrying wholesale reusable bags eco friendly are much before the ban came into effect, so it didn't really require him to bring in any changes.

But not everyone was so thoughtful about the environment before the ban came in. Ever since the ban forced people to carry their own reusable bags or pay extra for paper bags, most people have started giving up on walking out of their homes for shopping without bags.

Brandt also said that this ban will help in a long run as it will teach the kids about the importance of keeping the environment safe. It has already helped children in understanding how one small step by them of giving up on plastic bags or recycling things around them can keep the planet much greener and safer.