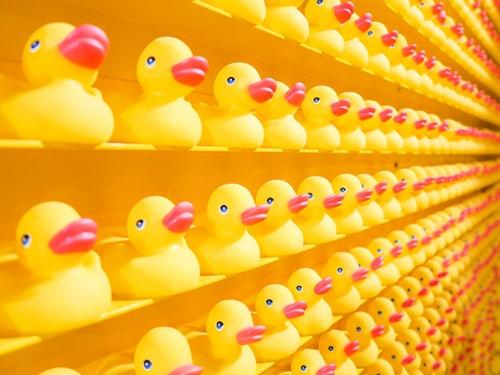 Plants are the new plastic.

Some of these ingredients include: thinned Japanese cypress wood from Owase, in the Mie Prefecture; tea leaves from Kakegawa, Shizuoka Prefecture; lotus root from Tsushima, Aichi Prefecture; rice hulls; and bark. These ingredients are crushed at Mirareed's plant in Ichinomiya, Aichi Prefecture. They are then mixed with petroleum-derived plastic resin to create plastic pellets. The pellets are provided to molding firms, who turn them into and market them as construction materials to produce gardening goods and wood-like decks.

2.4 tons of pellets are produced a day!

According to Katsumoto Higashiyama, Mirareed's president, "There is only a limited amount of oil resources. Use of bioplastics will also lead to reduced carbon dioxide (CO2) emissions."

Aggressive efforts are being made to develop not only bioplastic but also plastic that can be dissolved by microorganisms, such as pelagic plastics. These are generated when plastic waste is degraded and broken down into pieces 5 millimeters or smaller. Increasing attention is drawn as a cause of marine pollution. The European Commission has proposed a plan to ban the distribution of single-use straws, among other plastic items, accelerating the trend towards a plastic-free Earth.

Mirareed's bioplastic, released in December of 2017, has received many inquiries among the rising interest of environmental preservation. This has led to plans to expand their production facilities. The company is looking to raise their annual bioplastic sales to 1 million yen ($9.04 million) by 2020. The Environment Ministry plans to increase domestic bioplastic shipping from 80,000 tons (in fiscal 2014), to 1.97 million tons by fiscal 2030. According to Mirareed officials, this will give the company a burst of momentum.

Local wood producers, who provide ingredients for bioplastics, also welcome the company's efforts. Mirareed will also adopt bamboo produced in Kuwana, Mie Prefecture, as an ingredient on a full-scale basis. This adoption will see them purchasing powdered bamboo from an area non-profit organization known as Sochikukai, which manages long-unattended to thickets. Sochikukai knocks down 6,000 bamboo each year and has been creating bamboo charcoal to sell for the use of soil improvement.

Shigenobu Sakai, the company's vice chairman, says Mirareed's adoption of bamboo as an ingredient offers them a new option. "Many people are troubled by the issue of how to deal with felled bamboo," he says. "I am happy if the bamboos are effectively used."

They expect demand will grow rapidly due to increasing attention drawn to the issue of plastic waste. This is evidenced by U.S. based Starbuck's decision to remove plastic straws from all restaurants.

Made from plant oil and fat, among other ingredients, Kaneka Corp's plastic is a biodegradable plastic of sorts. More than 90 percent of their PHBH plastic is converted into CO2 and water within 6 months in 30 degree seawater*.

At a cost of 2.5 billion yen, Kaneka's plant in Takasago, Hyogo Prefecture, will be improved to reach production numbers of 5,000 tons by December of next year. Anticipating that PHBH will be used not only for European food waste generated manure collection bags but also straws and tableware, Kaneka sets its long-term future goals on 20,000 tons.

*DISCLAIMER: SOURCE DID NOT STATE FAHRENHEIT OR CELSIUS. CELSIUS IS TO BE ASSUMED FROM AN ASIAN PUBLICATION.